Coffee and smokes - but where did I put that entry card? In fact, where is the DC? 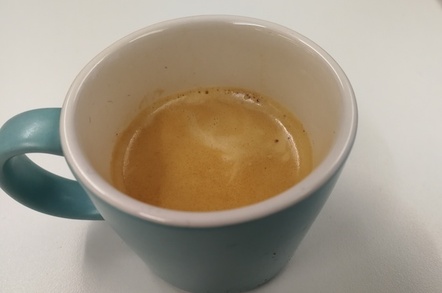 Y2K Welcome to Y2K, The Register's short series of what was acceptable at the end of the 90s as the world prepared for the digitapocalypse.

Today's tale of derring-do comes from a reader we're going to call "Pete" and is a warning of what could happen if you did that Y2K job just a bit too well.

Back in the 1990s, Pete was gainfully employed as an infrastructure tech engineer for a large bank based near London Bridge. The bank was, like many, very concerned about what might happen come the turn of the century and so, a few years ahead of the date, sent Pete and his team to audit the hardware installed around the world.

"We'd already been sent all around Europe sticking stickers on anything with a flashing light saying that we’d tested it for Y2K," recalled Pete, "which in some cases we actually had."

The problem, as ever, was that users didn't want any downtime: "so we weren't able to run the testing routines from the floppy disk we had with us."

That meant, he admitted, that "the main challenge was making sure the stickers were straight after the previous night's heavy session and that we recorded the details accurately in the "asset register" i.e. an Excel spreadsheet."

"We usually updated the spreadsheet while we were recording our expenses from the night before to ensure at least one … was accurate."

The bank, however, was supremely happy with the results of Pete's Y2K compliancy work. So much so that paranoid bigwigs at the institution decided he should be parachuted on-site at a European outpost "to be available if anything happened when the Euro rates were established on 1st January 1999."

Lost in the Y2K noise was the fact that a substantial chunk of Europe was to switch to a common currency, the Euro, on 1 Jan 1999. Anyone involved in the finance sector of the time was likely a little jumpy. Memorably, Britain resolutely stayed out of the club.

"Exactly what they expected to happen and what I would be needed to do was never made clear."

For his sins, Pete was sent to the Italian city of Milan to keep an eye on things: "a rather nice place to visit if you've got nothing to do except eat, drink, and fill in your expense claim for ten or so days on double-time."

Ever the professional, he met the local techs, visited the data centre, admired the neat racks of Compaq Proliant 3000 servers (replete with a mighty 512MB of RAM apiece) and nodded sagely. The visit was followed by a visit to a local café where Pete knocked back the espresso while the others puffed on cigarettes.

"We all agreed that it had been a successful visit."

It wasn't until after the technical team had departed for their holiday, leaving Pete alone in Milan, that realisation dawned. He didn't have a security card to get into the DC if something did actually go wrong. Nor did he have any contact details for the team. In fact, he wasn't even sure where the DC was: "I'd met the techs at the café and walked with them to the data centre not really paying any attention to where I was going or how to get in."

It was all a bit awkward.

However, not to worry, he could always call up the UK office and get directions "and then I'd blag my way in - [it] was the 90s after all and security wasn't so tight." Alas, Pete "hadn't figured that it was going to be New Year's Eve and who would be answering a mobile call at midnight?"

Fortunately, nothing broke for which he was responsible "and I flew back to the UK the day after the Euro tanked on its first day of trading and dutifully filed my expenses."

"I even got publicly thanked for giving up my New Year's Eve."

And the cash earned for the weeks spent swanning around Milan on expenses? "I vaguely recall using the penalty rates that I'd earned as a deposit on a flat in Canary Wharf that I saw going for £80k when I got back. Or did I buy a TVR Chimaera for cash?"

Hopefully the former. That latter, we fear, may not have made it to the end of the decade.