Are those currants compliant? WELL ARE THEY? 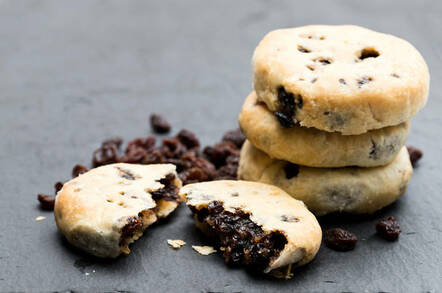 Y2K Welcome to Y2K, The Register's Christmas gift to those that missed the insanity of all those years ago, and those who remember it all too well.

Today's tale comes from a reader we'll call "Bill" and is a reminder of just how silly things got back in the day, as Y2K paranoia swept the nation.

Bill had taken early retirement from a career in Oceanography, switched gears, and was running a family bakery in Liverpool.

Recalling the days fondly, Bill told us: "We had a few wholesale customers, including the country estate of a national retail emporium we might call Largefields, since that was not its name."

The directors of "Largefields" used the property to entertain favoured guests from time to time, to indulge in what Bill described as "healthy country pursuits." We're guessing huntin', shootin' and fishin' – anything from which a 'g' might be stripped and a Land Rover Defender added.

To support these endeavours, Largefields would order "a vanload of our handmade Eccles cakes," said Bill, "I assume that they felt that these comestibles went well with the shotguns and brandy, or whatever."

For the uninitiated, an Eccles cake, named for the English town of "Eccles", is a delicious cake baked with currants and flaky pastry. The small, round parcel of delight is also often topped with some demerara sugar, although we understand that the things are available without such a topping. Such a variation is an abomination in the eyes of this hack, but your mileage may vary.

We are, of course, not referring to the Goon Show character "Mad" Dan Eccles, played by the much-missed Spike Milligan (and occasionally Peter Sellers) back in the 1950s. That would be silly.

"Silly" is also a word that could used to describe the IT team of Largefields, who sent a letter to Bill "asking me to guarantee that every item we supplied was warranted to be 'fully Y2K compliant'."

"After a conscientious audit of our bakers I was able to reply that all we supplied was Eccles cakes, and that since they were made using only 'traditional fully decimal digital technology', I was completely sure that they could be guaranteed to perform just as well after the impending digital armageddon."

Largefields opted not to send in the auditors to check that the cakes wouldn't explode or spontaneously turn into Bath buns as the clocks ticked over. In fact, Bill heard no more on the matter.

"Later on I was told unofficially the matter had provided a moment of levity in what at the time was apparently rather a fraught atmosphere in their IT department."

We imagine more than one harassed IT professional was considering a career change amid the hysteria of the time. The world of the Eccles cake spoke of simpler times. ®