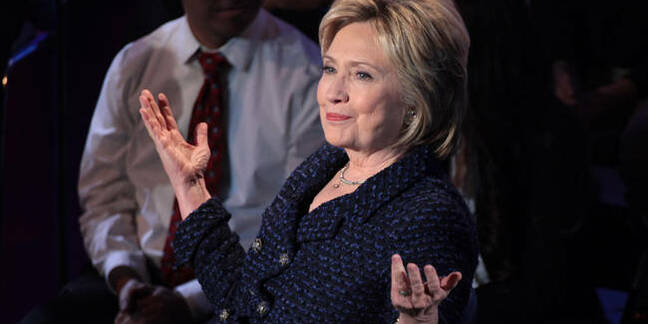 On Call Friday is upon us, bringing with it the promise of an early finish, the pub and a carefree weekend. Unless, of course, you are one of those unfortunates condemned to deal with... users. Welcome to On Call.

Today's tale comes from a reader The Register's patented anonymiser has opted to call "Mick" and concerns either some dubious training or breathtaking silliness. Or perhaps a combination of the two.

The events in Mick's story take place a mere eight years ago and involved a client preparing for a migration to Office 365. Even today, such a migration can be a sphincter loosening experience, but back in the day it could be downright alarming. This, however, is not that story.

With months to go until the great day, Mick was assigned a support ticket from the Finance Director of a client. The very important user was struggling to send emails and receiving "Mailbox full" messages. What to do?

Ever the professional, Mick trotted over to the user's office to check out the issue "and sure enough he was at the hard limit set by MS for Exchange."

The steps to deal with the problem were pretty straightforward: "emptying the recycle bin and running a PST archive – in that order."

For those that have been spared the delights of Outlook and its ilk, the .pst file can normally be found lurking locally on a user's computer or network share, and isn't necessarily subject to the same size restrictions as an Exchange mailbox.

Job done, Mick thought no more of it until the inevitable happened and the ticket was re-opened. The finance director requested an urgent return visit because some "highly important" emails had gone missing.

"Sure enough," sighed Mick, "he had been storing them in the Deleted Items folder as he thought it was the best place."

We can only imagine the thought processes that led this individual, tasked with corporate fiscal responsibility, to come to this conclusion.

In the face of user indignation, Mick patiently tried to come up with metaphors to explain what the email client's Deleted Items folder was for: "I asked him if he expected to be able to retrieve an eaten apple from his physical trash can under his desk the day after he put it there."

"Of course not, don't be ridiculous," was the snotty response.

"I put a spin on it and threw a similar comment back to him," added Mick.

"He left the firm a few months later."

Even after decades of GUIs, users misunderstanding a bin or trashcan icon continues to be a thing.

Ever had a user wonder where their spreadsheets went when they pressed the Don't Ever Let Employee Timesheets Expire (DELETE) key? Or been asked to deal with an empty folder once festooned with emails?

Of course you have, and now is the time to share the pain with an email to On Call. ®