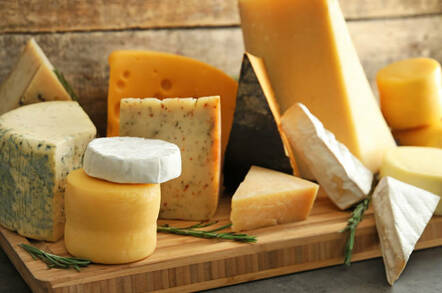 Who, Me? Ho ho ho, behold our bulging bag of reader confessions in The Register's regular Who, Me? feature. Today we learn, once again, that the boss is not always all bad.

"Will", a name plucked from Santa's sack-o-pseudonyms, was working as a line manager for a large IT company some 40 years ago, back when cheques were more than that thing that Boomers like to frighten Millennials with stories of ("I wrote one to buy my first house...")

Like many today, Will used to get into the office early in order to beat the rush and buffer his working day with a handy extra hour or so "before the brown stuff started hitting the air moving device."

Today's tale begins with the usual clearing of the morning's paperwork backlog ("yes it was that long ago!" said Will ) when his phone rang, bringing with it the Bad News Express.

"It was one of my more junior hardware engineers," recalled Will, "calling to say he'd been doing some work on the customer's system and dropped a metal cover."

The unexpected arrival of the metal object "had somehow managed to send a large voltage spike down the systems interface." The entire system had been left totally out of action, festooned with red warning lights.

The system's purpose? Why, only cheque sorting for one of the major clearing banks. Six million cheques was not an unheard of figure.

With the air moving device set to high, "I told him to call as many of his colleagues to come and help while I made my way to the customer's site."

On his arrival, Will took a deep breath and moved to the DP's office. He was there well ahead of his potential executioner. Resolve stiffened by a strong cup of coffee, Will made a full confession:

"I told him that 'We' had made a major mistake and were currently throwing as much resource as we could to fix the problem."

We can imagine the reaction of the DP, who had to tell the banking bigwigs that, er, no cheques were going to get processed today. Oh, and there'd be some pesky overnight interest charges as well.

Will couldn't quote the actual sums involved, but told us "we are talking millions." And that's in the 1980s too. Ouch.

As for that voltage spike, "It had blown every interface card in every box." Will's team rapidly burned through the entire UK stock of spares and had to get more flown in from the EMEA stores in Paris.

Still recalling the exhaustion of the team, Will told us: "We managed to get a partial system up and running at the end of day one so they could start clearing the backlog.

"The full system was up the following day."

Will never actually revealed the name of the clumsy engineer for fear that Captain Butterfingers would not be allowed on-site again. And there the story might have ended had it not been for the invitation that arrived a few days later.

"The Bank," said Will, "laid on a wine and cheese do and invited all my guys and me, plus all the Bank's clearing staff."

It would be an understatement to call the gesture of thanks a surprise, since Will's gang had caused the chaos in the first place.

He asked the DP manager what was behind the treat (perhaps the wine was tainted with industrial-strength laxatives to teach those responsible a lesson they, and the bathrooms, would never forget.)

His response? "It was due to me facing up to him, to be in his office to tell him when he arrived and that we had stayed there till it was resolved."

Honesty is its own reward. But a little extra cheese and wine never hurts.

Can honour among IT workers be a thing in 2020? We hope so. Although we also rather hope there is at least an equal amount of devious cunning still at work in our industry. The Vulture Central crew at Who, Me? await your email. ®