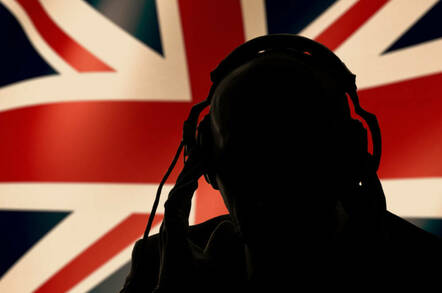 It’s perfectly legal for British spies to break the law, Britain’s secretive spy court has ruled – making a mockery of other laws intended to keep eavesdropping agencies and others under effective control.

Sweeping away campaign group Privacy International’s legal objections, judges Lord Justice Singh, Lord Boyd and Sir Richard McLaughlin ruled: “It is clear from the words of the policy itself (in particular para. (9)) that it does not confer any immunity from criminal prosecution on anyone.”

Privacy International and four other campaign groups including the Pat Finucane Centre and Reprieve had sued over a government policy allowing MI5 spies to break the law. In a 3-2 majority verdict, the Investigatory Powers Tribunal (IPT) gave this spying activity the green light.

In an exercise of legal clever-clogsing intended to let spies pretend to the gullible that they haven’t got official top cover for breaking the law with impunity, as they now unquestionably do, the Investigatory Powers Tribunal ruled that MI5 has the “power” to break the law but not to award itself “immunity”.

The difference was not explained fully, though the judges hinted that, in theory, legal arguments to stop a prosecution of a law-breaking British spy would be based on the “public interest”.

PI noted in a statement bemoaning the judgment that this was the first time the IPT had ever published a ruling that included dissent from the five tribunal members. The two dissenters were Charles Flint QC and Professor Graham Zellick QC.

Ilia Siatitsa, a legal officer from Privacy International, said: "Today, the Investigatory Powers Tribunal decided that MI5 can secretly give informants permission to commit grave crimes in the UK, including violence. But two of its five members produced powerful dissenting opinions, seeking to uphold basic rule of law standards."

"As one of them put it, it is wrong to ‘open the door to... powers of which we have no notice or notion, creating uncertainty and a potential for abuse’. We think the bare majority of the IPT got it seriously wrong. We will seek permission to appeal to protect the public from this abusive secretive power.”

The judgment also referred to the Spycatcher case, where lifelong MI5 scientist Peter Wright - who had been cheated out of 15 years of pension contributions - wrote a warts-and-all memoir of life in the Security Service between the late 1940s and the late 1970s after retiring to the safety of Australia.

An enraged British establishment sued in the late 1980s to stop the publication of Wright’s memoirs, which contained all kinds of names and detail about analogue and early digital spy tactics, political intrigues of the 1960s and 70s (among other things, writing “Cecil King, one of our agents”) and the explosive claim that the head of MI5 had been a Russian double-agent. The attempt to block publication failed.

Sir John Donaldson, one of the judges in the Spycatcher case, said: “It would be a sad day for democracy and the rule of law if the Service were ever to be considered to be above or exempt from the law of the land. And it is not. At any time any member of the Service who breaks the law is liable to be prosecuted. But there is a need for some discretion and common sense.”

Long after Wright’s death, the officially sanctioned history of MI5 published in 2009 described him as one of “the most damaging conspiracy theorists in the history of the Security Service”.

The Investigatory Powers Tribunal is largely seen as a technical exercise in public accountability rather than a practical one. Last year it admitted that Peeping Toms from all three UK spy agencies had been breaking the law for 15 years before declaring it wouldn't do a thing about it.

Nonetheless, not all of the legal establishment agrees: the Supreme Court brought it back within the pale with a ruling that its decisions are subject to appeal, despite laws establishing the IPT having been explicitly written to ensure they couldn't be. ®