And by the way, sorry about Swift and Kitura 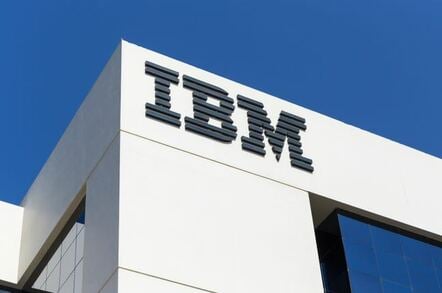 Interview What does a £63m investment even mean in a country where you don't need to declare cash flow?

IBM's CTO of Open Technology, Chris Ferris, tells The Register that: "IBM believes firmly that open source, especially for projects that really are strategic to the industry, that the best way to manage those is under open governance, under the auspices of a foundation."

The kinds of projects IBM has in mind are the Kubernetes-related Istio and Knative, and the TensorFlow machine learning framework – all of which happen to be managed by Google.

For its part, Google has maintained that it will not donate Knative and Istio to a foundation for the foreseeable future. An open letter from the Knative steering committee – which includes an IBM representative – stated that "this project is bigger than any one company or individual," but there is no sign of Google bending on its decision to retain them under its own supervision.

"If you look historically, the projects that have had the most success have been under open governance," Ferris tells us. "This is why we have been very supportive of CNCF [Cloud Native Computing Foundation], the Linux Foundation, the JS Foundation, and ensuring that Java is managed under Eclipse.

"Our position on Knative and Istio is the same. We really would like to see it go under open governance, in the CNCF or some other similar sort of foundation. We think that would be important for its success. The same with projects like TensorFlow. We have conversations and we continue to make our position well known."

The initial reason for our conversation is IBM's withdrawal from server-side Swift and the Kitura framework, which was recently confirmed along with the news that the company is reviewing "open source priorities."

Ferris says "the team that had been working on Kitura and Swift on the server side, we came to the conclusion that we couldn't support that development ongoing."

The reason is lack of adoption. "We had thought that it was going to be important but it doesn't really have a lot of a following, compared to say, Java," he says.

What will happen to Kitura? "Kitura is still being supported, if people submit bugfixes and reports then they will be reviewed. We're just not doing the investment in new features," Ferris adds.

Swift aside, in what way have IBM's open source priorities changed? "We're increasing our investment in K8s, and projects that are relevant in that space. Istio, Kabanero, investment in Knative, to support serverless as well as a platform as a service layer above K8s," the IBMer says.

"We're continuing our investment in Linux and in the container space. We're still heavily investing in blockchain, the work that we're doing with Hyperledger. Then we have increasing investments in the data and AI space, [Apache] Spark, projects like Tensorflow, Kubeflow, Pytorch and so forth."

"The investments we're making around Node.js and Java are also active. The Red Hat acquisition has helped us consolidate what we can do in that space. It presents some good opportunities," he adds.

Despite the significance of Red Hat in the open source world – Big Blue closed the deal to acquire the enterprise Linux business in July this year – Ferris tells us IBM's open source efforts continue as before and that the two organisations work separately. "We make sure that we're coordinated but by the same token, we try to maintain the same models that we had been operating under before the acquisition. Red Hat decides the things it wants to invest it, IBM decides the things it wants to invest in," says Ferris.

At the same time, Red Hat is having an impact on IBM's attitude towards open source, according to Ferris. "There's increasing awareness of the importance of open source to the business."

That said, he is CTO of open technology and that is exactly what you would expect him to say. ®