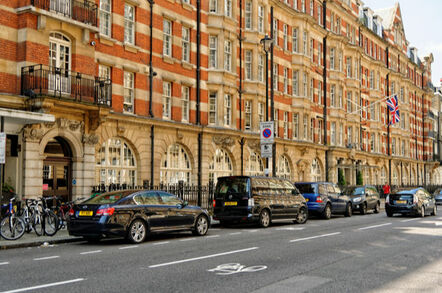 Edgware road near Marble Arch in the City of Westminster. Pic: Shutterstock

Who knew payphones could be so controversial? The central London council of Westminster has won a court battle against New World Payphones, preventing it from deploying two billboard-cum-payphones in the heart of London's Marylebone Road.

In a decision published yesterday, judges in the Court of Appeal backed the council's challenge to an earlier decision that ruled partly in favour of the payphone firm.

Frequently regarded as a throwback to a time when mobile phones weren't nearly as ubiquitous as they are now, payphones have enjoyed a surprise resurgence thanks to the ability to attach large digital advertising screens to them.

In 2017, the council of Westminster, a central London district that was once the capital of Norman England, refused these applications on the grounds that it would be "harmful to visual amenity" and "add street clutter."

It argued at the time:

Because of its location, capable display of (dynamic) moving images, size and method of illumination, the digital advertisement panel attached to a telephone kiosk, would harm the appearance (amenity) of the area.

Westminster Council also added that there was no need for a new phone booth in the area, and regarded it unlikely that the public would use the booths to make calls in any significant amount.

Why were so many phone booths approved when no one was using the phones?

The proliferation of phone booths that incorporate digital advertising is largely due to an interpretation of planning law that deems them as "permitted development... subject to prior approval from the local planning authority". This limited the ability of councils to reject applications, as the only approved grounds that can be considered against an application are the design and location of the booth.

In the case of New World Payphones and Westminster, it raised an appeal to the Secretary of State for Communities and Local Government, arguing that in its rejection, which considered the purpose of the development, the council had effectively overstepped its mark.

The Secretary of State then appointed a planning investigator, who, in a decision letter in June 2018, partly agreed with New World Payphones' argument, and permitted the development on the condition that the firm would set out an implementation timescale, and make plans for removal when the device becomes redundant.

The inspector at the time rejected Westminster Council's argument that the booth would add to the "visual clutter" of the area.

Appealing this, Westminster Council argued the inspector erred in failing to consider the need for the development, and whether the development's real purpose was to provide telecommunications infrastructure.

Lord Justice Lewison also dismissed a cross-appeal from the council of a February ruling which argued the inspector was wrong "not to take into account the (lack of) need for telephone kiosks" – calling it a "theoretical issue".

Today's decision is momentous, as it allows Westminster Council to reject new telephone kiosks that are primarily vehicles for advertising.

This will perhaps stem the flow of applications regarding them.

Westminster Council has previously noted that it has been inundated with requests for new payphones, receiving 300 planning applications over the course of two years. The local authority said that if it had accepted every application, there would be a phone booth every 15 metres down London's Edgware Road.

InLink Limited deployed a network of 750 booths across the country. These would offer free Wi-Fi, USB charging, and free landline and mobile calls. Unfortunately, the firm's fortunes waned over its failure to win planning permission across the country, primarily due to concerns about clutter and criminality. ®

AWS, you crack us up. Rebrands Westminster 'Webminster'

LogoWatch Nothing to do with gov shifting to its cloudy services, apparently