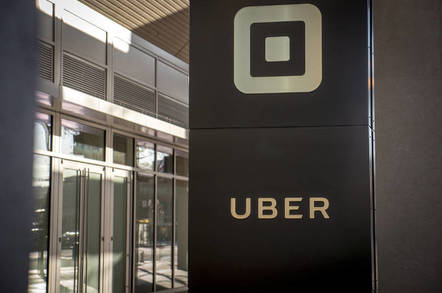 Uber has agreed to pay $4.4m to settle claims it allowed employees to be sexually harassed and then allowed retaliation against them when they came forward.

In a deal struck with the US Equal Employment Opportunity Commission (EEOC) this week, the ride broker has agreed to put the money into a fund that will be used by the EEOC to pay back those employees who were faced with harassment. The commission described Uber as allowing "a culture of sexual harassment and retaliation against individuals who complained about such harassment."

The fund will be available to employees who believe they experienced harassment and/or retaliation for reporting harassment between January 2014 and June 2019. That period covers the bulk of the reign of Travis Kalanick, the founder and CEO, whose "tech bro" culture was blamed for creating a notoriously hostile climate for women working at Uber.

Kalanick would eventually step down from the company and, under new CEO Dara Khosrowshahi, Uber has undertaken a prolonged charm offensive in an effort to clean up its public image.

The $4.4m fund will be the latest step in that effort, as Uber has agreed to not only pay up the money, but also establish what was described as "a system for identifying employees who have been the subject of more than one harassment complaint and for identifying managers who fail to respond to concerns of sexual harassment in a timely manner."

Uber will also be subject to three years of monitoring by former EEOC commissioner Fred Alvarez to make sure it is living up to its side of the bargain.

"This resolution demonstrates the benefits of working cooperatively with EEOC and serves as a model for businesses committed to truly leveling the playing field where opportunity is not circumscribed by one's gender," EEOC chair Janet Dhillon said of the deal.

Uber, meanwhile, is pitching the deal as just another piece in its plan to clean up its toxic company culture under Kalanick.

"We've worked hard to ensure that all employees can thrive at Uber by putting fairness and accountability at the heart of who we are and what we do," chief legal officer Tony West said.

"I am extremely pleased that we were able to work jointly with the EEOC in continuing to strengthen these efforts." ®

Uber, er, taxi for the 20-plus bros booted out of upstart for harassment