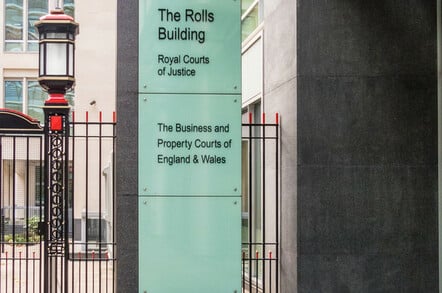 Fujitsu faces a potential criminal investigation after a High Court judge's savage criticism of the outsourcing company and one of its customers, the Post Office, at the end of a long-running trial over the state mail operator's core IT system.

In the so-called Horizon judgment handed down on Monday, Mr Justice Fraser went for the Post Office’s jugular, saying its attempt to defend its Horizon IT system "amounts to the 21st century equivalent of maintaining that the earth is flat."

Back in 1999 the Post Office inked a deal with Fujitsu for an IT system called Horizon for managing its sprawling network of branch offices around the country.

That system was the cause of accounting irregularities, as the High Court has now found: over-the-counter payments accepted by Post Office branch managers (called subpostmasters, or SPMs) sometimes did not tally with the Horizon system’s accounting.

The judge found that when these inaccuracies were reported to the Post Office by SPMs, the public sector body showed “the most dreadful complacency, and total lack of interest in investigating these serious issues, bordering on fearfulness of what might be found if they were properly investigated.”

So concerned was the judge by the Post Office and Fujitsu evidence that he was shown during the group litigation that he is passing a file to the Director of Public Prosecutions, as was reported from court. In addition, some of the SPMs were given permission to pursue the Post Office on charges of malicious prosecution.

Damningly, Mr Justice Fraser found that the Post Office’s version of events given to James Arbuthnot MP (now a lord, and husband of the Chief Magistrate of England and Wales) and Oliver Letwin MP at a 2010 meeting was “not accurate”. That meeting included Angela van den Bogerd, the Post Office’s most senior witness at the trial and a business improvement director.

Over the years, millions of pounds of discrepancies racked up. The Post Office refused to accept that Horizon could have been at fault and attacked the subpostmasters. Some were prosecuted. Some were found guilty of crimes and thrown in prison.

Even during the High Court trial itself, the Post Office – a public sector body – aggressively refused to accept that it could ever be held to account for its behaviour, with the postal operator having “expressly accused” some subpostmasters who gave evidence against it of having committed “criminal offences”.

Mr Justice Fraser noted that both sides had spent £27m on the case, with the Post Office having blown £13.9m by June alone. The judge said: “Both this level, and rate, of expenditure is very high, even by the standards of commercial litigation between very high value blue chip companies.” *

In most of the detailed SPM cases studied by the court, system or power outages caused problems because transactions did not sync correctly between Horizon and the SPM’s local branch office system. In the disputed cases, the SPM was left with a monetary discrepancy which the Post Office claimed was because of fraudulent accounting and not system errors.

“If all the problems complained of by the claimants with Horizon could be seen in the branch accounts, this litigation would not be occurring,” commented Mr Justice Fraser.

Tried to get rid of the judge

Lawyers for the Post Office tried to have the trial judge kicked off the case because he expressed doubt about their legal arguments. Parties actively trying to have a judge removed from a case is virtually unheard of in sensible civil litigation.

Those lawyers had set their minds against the judge after he shrugged off their efforts to “put the court in terrorem” by threatening “dire consequences to national business” if he dared rule against them in any way.

Fujitsu people mentioned during the trial included Gareth Jenkins, the expert witness and “lead engineer” from Fujitsu on the Post Office contract whose testimony in part saw subpostmistress Seema Misra of Woking jailed for 15 months; Richard Roll, a former RAF avionics engineer who worked for Fujitsu on the first incarnation of Horizon and who left the firm in 2004, having had his evidence contested by the Post Office at the trial; Andy Dunks, an IT security analyst who testified at Misra's criminal trial; Torstein Godeseth, chief architect ("the designer of Horizon," as he described himself) on Fujitsu's Post Office account and a former Rolls-Royce and Royal Navy engineer; and others.

A Fujitsu spokesman told The Register: "The Honourable Mr Justice Fraser has published his judgment on the second trial of the Post Office Group Litigation. While Fujitsu was not a party to the litigation, we take this judgment very seriously and will now review the findings in detail." ®

* Regular readers will recall that the Autonomy Trial is costing £4m a month between HPE, Mike Lynch and Sushovan Hussain.

** The Post Office trial would not be complete without an honourable mention for Computer Weekly, which, back in 2004, began campaigning for the SPMs who were targeted by the Post Office on allegations of fraud, false accounting and other criminality. Alan Bates, the SPM who led the group litigation against the Post Office, wrote to Computer Weekly in 2004 asking the magazine to investigate the Horizon system.

*** Court reporter Nick Wallis was crowdfunded to report each and every day of the Post Office Trial as it happened. His very readable account of yesterday's hearing, along with his wider website about the trial, can be read here.