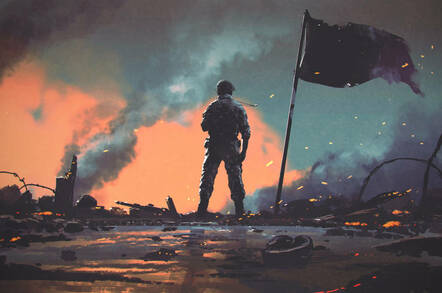 After years of trying and failing to dominate the smart home market with their own standards, tech giants Amazon, Apple and Google have finally agreed to work on a set of common code that will allow smart home products, from thermostats to cameras to plugs to digital assistants, to work together seamlessly.

The new “Connected Home over IP” approach will be developed through a new working group within smart home veteran organization the Zigbee Alliance, and the broad brush blueprint of the new standard is stark in its obviousness. It will be an IP-based protocol so it can connect directly to the internet rather than require a hub; it will be open-source and royalty-free and allow for end-to-end secure communication; and it will work with core standards like Bluetooth and Wi-Fi.

The new standard should emerge in draft form in late 2020, meaning that 2021 will be the start of a new era in smart home tech, where Alexa talks to Nest and you can have a single app on your phone to talk to everything else. The initial push appears to be to work with digital voice assistants.

The announcement today itself is the news: the fact that all the tech giants, as well as nearly all key players in the smart home market (IKEA, Legrand, NXP Semiconductors, Resideo, Samsung SmartThings, Schneider Electric, Signify, Silicon Labs, Somfy, and Wulian) have agreed that it makes more sense for all their products to work together rather than try to create their own closed eco-systems and battle it out, is great news for consumers.

It means you can buy an Amazon Alexa and a Google Nest thermostat and have them work seamlessly together, rather than the current sorry state of affairs where you’re never quite sure what will happen.

Beyond that headline though, it’s hard to know what will happen: Google has said it will throw in its Thread and Weave protocols (Thread will likely emerge intact; Weave, not so much); Amazon will put in its Alexa system; Apple its HomeKit approach (which has been a mess tbh); Zigbee will put in its Dotdot approach. And somehow out of all of this, a new wonderful single standard will emerge.

Here’s hoping the dedication to a single standard runs deep because there are inevitably going to be trade-offs and winners and losers.

The biggest losers from this announcement though is Intel and The Open Connectivity Foundation’s Iotivity standard, as well as Zigbee rival Z-Wave (Betamax won, fellas). Plus all other smart home wannabes, who must have known that it was only a matter of time: X10, LightwaveRF, Brillo - we’re sure we’ve forgotten some more.

The good news is that all those involved have promised that their current kit will continue to work, so no more bricking of very expensive electronics. The even better news is that there is a real opportunity here to massively raise the baseline of security in smart home devices.

The bad news is that while existing products will still work, you will need to buy all new kit if you want to benefit from full interoperability. So if you have decided to take the plunge and equip your whole house with smart home tech, you would be well advised to wait a year.

There are tons of canned quotes from execs out out there today, so will provide just one, from president of the Thread Group, Grant Erickson: “The fact that the challenge of IoT market fragmentation has brought the likes of Amazon, Apple, Google, and others to collaborate on the solution speaks to the gravitas of the problem to-date. Moreover, with this unprecedented collaboration, Project Connected Home over IP brings a powerful tailwind that will help usher in the next phase of growth for IoT.

“We at the Thread Group feel validated on two fronts. First, to create this unified app-layer protocol Project CHIP is taking the same IP-based approached Thread Group used, and second, they’ve designated Thread as a network layer for low power devices. We believe that this effort will confer tangible, meaningful benefits to both product manufacturers and consumers alike. We look forward to seeing what true convergence can bring to the market.”

There is a ton more information available on the announcement with every main partner putting out their own announcement (Google’s; Apple’s, Zigbee’s). But they add very little to what’s above; in large part because no one knows yet what will result.

All they know is that it makes more financial sense to work together and compete on brand and quality rather than try to control the market with standards. And for that, we should all be grateful. Assuming the alliance holds together that is. ®