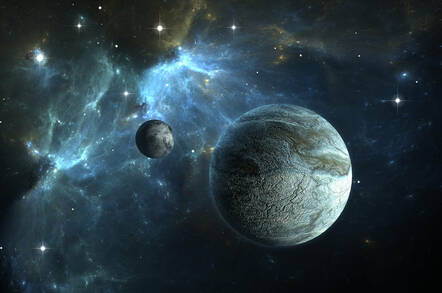 On Tuesday the International Astronomical Union announced the names of 112 exoplanets and their parent stars, with names selected from 112 different countries here on Earth.

Officials selected the names from 360,000 submissions from space enthusiasts as part of its IAU100 NameExoWorlds campaign to celebrate the IAU’s 100th anniversary. The National Committee sifted through each proposal and whittled it down to a shortlist. Finally, some 420,000 people voted for their favorite names.

"Astronomical observations over the past generation have now discovered over 4,000 planets orbiting other stars — called exoplanets,” said Eric Mamajek, co-chair of the NameExoWorlds Steering Committee.

“The number of discoveries continues to double about every two and a half years, revealing remarkable new planet populations and putting our own Earth and Solar System in perspective. Statistically, most of the stars in the sky are likely to be orbited by their own planets — they are everywhere.”

“While astronomers catalogue their new discoveries using telephone-number-like designations, there has been growing interest amongst astronomers and the public alike in also assigning proper names, as is done for Solar System bodies,” he added.

Now, the 112 otherworldly objects have brand new and arguably much better names. The star HD 73534, a G-type sub-giant star located 272 light years away from Earth, and its companion HD 73534 b are now Gakyid and Drukyul. Gakyid, means happiness in Bhutanese, whereas Drukyul is the native name for Bhutan meaning land of the thunder dragon.

Other fitting names, include Santamasa for object HD 86081 b. Santamasa is a Sanskrit word taken from the ancient Indian language that translates to "clouded," and describes an exoplanet’s atmosphere. Then there’s Noifasui for HD 117618 b, a word derived from “ifasui”, which means to "revolve around" in Nias, a native language of Indonesia.

Similarly Blighty’s winning submission for exoplanet WASP-13b is Cruinlagh, another word that means "to orbit" in Manx Gaelic, a language spoken on the Isle of Man. The US was in charge of naming HD 17156 b and chose the name Mulchatna after a river that flows into the larger Nushagak River in Southwestern Alaska.

“The IAU is delighted to see the broad international interest that this NameExoWorlds campaign has generated,” said Debra Elmegreen, the IAU’s President-elect.

“It is gratifying that so many people across the globe have helped create a name for a planetary system that is meaningful to their culture and heritage. This effort helps unite us all in our exploration of the Universe.”

The association, made up of international astronomer researchers, including PhD students and distinguished professors, was formed in July 1919. It’s in charge of naming and classifying celestial bodies.

For example, back in 2006 it notoriously stripped Pluto of its planetary status, demoting the icy rock to a dwarf planet. That decision is still begrudgingly debated 13 years later. Hopefully the new exoplanet and star system names won't cause as much drama, eh.

You can see the full list of names here. ®

NASA's Dawn gets intimate with Ceres

Give an exoplanet a new name: Fill in this form and hope these astro-boffins pick your $input

Competition to label alien worlds could make you a star

NASA asks world+dog to name Mercury's craters (back off, 4chan)

Can't wait for Messenger probe to crash into Crater Moot