Singing songs around the bonfire of billions and other stories 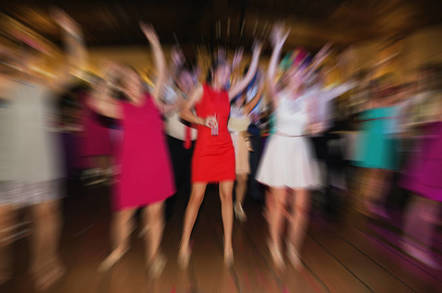 Roundup A fair bit happened in the world of space this week, with NASA showing off its mighty booster as Boeing looked set to end 2019 with a jaunt to the International Space Station.

The American space agency gifted card-makers with something new to flog this time next year, as it declared 9 December as "Artemis Day" by showing off the massive, and nearasdammit completed, core stage of its monster Space Launch System (SLS) rocket.

The 212-foot tall stage is the largest built at NASA's Michoud Assembly Facility since the heady days of Apollo and the Saturn V. The stage is now set to soon take a trip to the agency's Stennis Space Center via barge for final tests and, of course, that all-important Green Run.

The Green Run will be quite something to behold, as the core stage will be mounted in the B-2 test stand and fired up for the first time. The tests will verify that all the plumbing, electronics and machinery works as expected ahead of running all four of the RS-25 engines.

The RS-25 engine is, of course, what launched 135 Space Shuttle missions, and NASA had 16 suitable units left over after the Shuttle programme was terminated. While the powerplant ran at up to 104.5 per cent of power during a Shuttle launch, the SLS requires 111 per cent. Last year, engineers coaxed 113 per cent of operating power for 430 seconds of a 510-second test.

Unlike the days of the Space Shuttle, those engines are destined for a watery grave, just like the Saturn V stages of old.

Eventually, the Green Run testing will see all four engines run for the full eight minutes of a simulated launch, giving NASA confidence that the stage will perform as required when it finally reaches the launchpad. The rocket will send the first uncrewed Orion capsule beyond the Moon on a three week mission to shake down system ahead of the first crewed launch on Artemis II.

Small sat wannabe-launcher, Vector Launch, appears to have reached the end of the road, with Reuters reporting that the company has filed for bankruptcy.

Things were looking grim back in August as CEO Jim Cantrell was summarily ejected from the company and operations paused amid substantial lay-offs.

Despite some successful sub-orbital launches, getting the Vector-R off the ground proved to be a challenge and now it appears the end has come, despite the company winning its first US Air Force mission just two days before Cantrell's departure.

Arguably, there is rather a lot of capacity in the small satellite launching market at the moment, and with the likes of Rocket Lab already up and running (and having added a second launch pad specifically aimed at US government customers), the environment for new entrants is challenging.

As for Vector Launch, Lockheed Martin is sniffing around the remnants of the company with a view to snapping up its satellite technology assets, notably its software-defined satellites (Galactic Sky.)

Flight Readiness Review concludes for Boeing - 20 Dec is the date

"Flight Readiness Review" are three words guaranteed to bring a twinge of nostalgia to Shuttle fans. Consisting of a day of briefings and discussion, an FRR last week concluded with NASA bigwigs signing off on plans to launch Boeing's CST-100 Starliner capsule on a mission to the International Space Station (ISS) on 20 December.

The uncrewed capsule will leave Earth atop an Atlas V from Launch Complex 41 on Cape Canaveral Air Force Station. As well as the first flight to orbit of the Starliner, the mission will also see the return to service of the Dual Engine Centaur stage to allow a flatter trajectory and more abort options.

As for the mission itself, the capsule is expected to rendezvous with the ISS just over a day after launch and return to Earth before the end of the year. Unlike the splashdowns of the Apollo era (and also SpaceX's Crew Dragon) the Starliner will touchdown on land, thanks to the airbags with which the capsule is equipped. ®