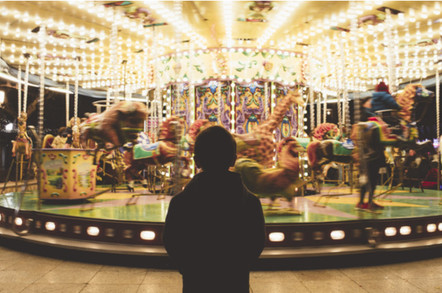 Nicky Morgan's reappointment to the UK's Cabinet as secretary of state for digital, culture, media and sport (DCMS) is controversial because only her peerage made it possible: she stood down as an MP in October.

But the UK digital industries will be more concerned about priority for the role – Morgan has said she expects to quit in a major reshuffle expected after the UK leaves the EU at the end of January.

The former Loughborough MP was only appointed to head up DCMS in July. Of her three predecessors, only one, Jeremy Wright, managed a year in the hotseat.

The rapid turnover comes as the UK's "digital" industries face a barrage of challenges: the government has again said it is committed to accelerate the rollout of high-speed broadband, while the UK's response to the EU's Audio-visual Media Services Directive 2018 is also on the agenda.

Long-time UK IT and politics watcher Philip Virgo said the Conservative government now needs to honour the pledge on rural broadband. "The whole of the economic regeneration actually depends on effective fast broadband throughout the country."

Only appointing a "big hitter" to the DCMS role would see continuity post-Brexit, said Virgo, who is a former strategic adviser to the Institute for the Management of Information Systems.

The Conservatives election manifesto states the party "intends" to introduce full fibre and gigabit-capable broadband to every home and business across the UK by 2025, offering £5bn of new public funding to boost investment where private sector providers found it uneconomic.

With prime minister Boris Johnson's commanding majority in last week's general election, the UK is now almost certain to leave the EU. When it does, the technology industry will have to become accustomed to working with the government in London, rather than Brussels, Virgo said.

"The industry has got used to lobbying via Brussels on things which then come back to the UK," he said.

"For example, there's the 2018 Audio Visual Media Services Directive, which is due for implementation. But now that we're no longer going to be within the European Union, you could ask, will it be implemented at all? Or, will the UK implement it, but actually go further, with regard to controls on social media and online harm?" he said.

This might include items left out of Digital Economy Act, he said, such as age verification. "Perhaps it will come back very quickly, indeed, but in the form of a simple audit, with simple policing by Ofcom," he said.

Kerry Hallard, CEO of lobby group the Global Sourcing Association UK, called on the new government to redress the balance in its treatments of IT outsourcing.

"British government over the last 15 years has completely tarnished what was the jewel [in the] crown for the UK. We were the global leader in outsourcing, with the biggest contracts and the most innovative agreements, but now we have fallen behind."

She said the collapse of Carillion was an example of how the government had damaged the reputation of outsourcing.

The failure was down to poor governance on the contractor's side, and unsustainable pricing on the side of the public sector, she said.

"The government's got to support the business services sector and become a better customer of outsourcing. The whole reason why we are no longer the jewel in the crown is the way that the government has abused its outsourcing partners," Hallard said.

And there was us thinking that outsourcing had established a poor reputation all on its own. ®

Off down the Amazon: DCMS confirms UK national tech advisor Maxwell has resigned