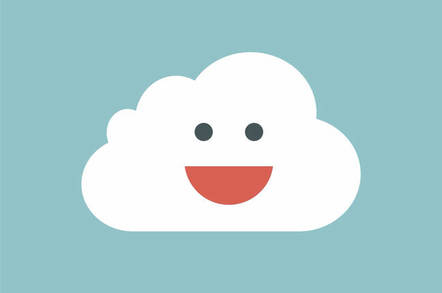 Roundup Microsoft has had a busy week, from hammering the final nail in the coffin of its previous mobile strategy to unveiling a black monolith of an overpowered games console. Today's roundup takes a look at what you might have missed in all the excitement.

The Azure gang kicked off the week with the release of Azure Functions 3.0, bringing the latest and greatest in Microsoft's take on serverless to production environments. The team also expects it to be the default for new apps in January 2020 (once tooling and performance tweaks are complete.)

The most notable of the new features is the arrival of .NET Core 3.1 which, while it is just a small set of changes from .NET Core 3.0, is the Long Term Supported (LTS) release, meaning three years of support. Node 12 is also supported.

The slightly iffy news is that it is only "highly backwards compatible", meaning that a little care will need to be taken when migrating from the old to the new world. Microsoft reckons that "most existing apps running on older language versions should be able to upgrade to v3 and run on it without any code changes."

Of course, there is no rush to make the jump just yet. Those still targeting 1.0 or 2.0 will continue to receive security updates and patches, and team has stated there will be at least a year's notice prior to any deprecation of an earlier version

Another month, another Visual Studio Code

The November update for VS Code dropped last week, bringing the version number of the cross platform code wrangler to 1.41 and adding some handy new features.

The ability to edit both files in a difference view is useful and the updating of global search results in response to typing is a usability tweak that is overdue but more than welcome. The minimap also now highlights errors and content changes in this release, making tracking down problem locations easier and there is now an automatic multi-cursor in matching HTML tags.

We were also pleased to see autocomplete suggestions for CSS ranked by popularity (based on usage from ChromeStatus.org), which is (in my experience) eerily accurate.

The Remote Development Extensions (RDE) feature has also seen some work. RDE allows a developer to use a container, remote server or Windows Subsystem for Linux (WSL) as a full development environment.

This time around, performance has been improved when creating a container and there is WSL support on Windows 10 Arm-based PCs as well as the ability for Remote Explorer to scope available views to specific remote types.

While VS Code will happily run on a Mac, Microsoft also updated its bigger brother, the full fat Visual Studio product, last week to preview 4, replete with the .NET Core 3.1 SDK. As with Azure Functions 3.0, this is quite a big deal, since developers can expect three years support from this LTS release.

As well as some assistive technology improvements to make the IDE a tad more accessible, the gang has also added a new feature in the form of ASP.NET Core Scaffolding. The function sprays a project, via a wizard, with boilerplate code and the required NuGet packages in order to get developers started faster.

A stable release of Visual Studio for Mac 8.4 is due next month.

While some Azure resources, including Azure CDN and the Azure Kubernetes Service, had a bit of a wobble for some customers last week, Microsoft continued to pelt its money-making cloud with updates.

MySQL fans were treated to an update of the Azure Database to MySQL 8.0 having languished in the worlds of versions 5.6 and 5.7. As well performance improvements, the release also includes atomic data definition statements as well as tweaks to security and account management.

The expansion of Azure also continued last week as Microsoft announced plans to establish a new cloud data centre region in Qatar, on the west coast of the Persian Gulf, with Azure kicking things off in 2021, followed by Office 365, Dynamics 365 and the Power Platform. Adding the region means data can stay in-country for the Emirate-dwellers.

The company also switched on Office 365 in its Swiss cloud data centre regions, meaning customers can opt to keep their data resident in Switzerland rather than heading elsewhere (to the alarm of regulators and compliance officers.) As well as the likes of OneDrive and Sharepoint, the move means Slack-for-suits collaboration platform, Teams, also received local storage.

Handy, because in less than a month, the Teams client will be hitting the Semi-Annual Channel of Office 365 for existing installations. ®