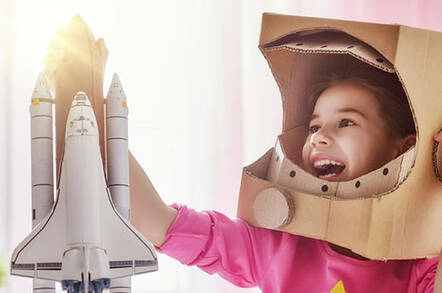 President Trump’s dream of a special space force have come true just before Christmas, with the US House of Representatives approving the new zero-gravity guardians in a monster military bill on Wednesday.

It is one of the largest ever military policy bills passed – in a 377-48 vote – and is it full of unhappy compromises. The sheer size of it – $738bn – brought complaints from both Democrats and Republicans worried about the spiraling costs of an oversized US military.

Proposals to add limits on the president’s power when it comes to military matters – sparked in large part by his nonsensical withdrawal, then unwithdrawal and reunwithdrawal from the northern border of Syria – were pulled out, upsetting some.

And even though one measure providing paid parental leave to federal employees for 12 weeks did remain, lawmakers hit another unhappy compromise on providing funding for the Mexican border wall that it turns out Mexico isn’t go to pay for after all.

Earlier this year, Trump diverted funds from the military budget to start building the largely useless barrier, and there was a push for that money to be replenished in this new bill [full PDF, summary PDF]. That didn’t happen, but neither did an effort to place restrictions on future wall spending.

But the real cherry on the top of the cake for Trump was the approval of the Space Force, a wonderful idea dreamed up by the great man himself. Many thought it would never happen, in large part because the military made it clear they thought it was a monumentally stupid idea. But persistence pays off.

Space, the final Trump-tier: America to beam up $8bn for Space Force

The new Space Force will get its own Chief of Space Operations, who will report to the Secretary of the Air Force, and will probably get most of the Air Force’s space assets – from the Vandenberg base in California where satellites are launched to ground control bases like the one at Schriever base in Colorado. It will also get GPS satellites, the X37B spaceplane and, of course, its own force – up to 15,000 personnel apparently. The budget provides funds to train and equip them as well as cover “prompt and sustained space operations.”

There is a lot more in the bill, which the Senate has also approved, paving the way for its enactment once any loose ends are tied up.

Making everything that much more Trumpian, it appears the Space Force got approved because the president’s son-in-law Jared Kushner took time away from restoring peace in the Middle East to reach an agreement with the president’s daughter, who looks lovely in a dress and, yes, is also Kushner's wife, to keep paid parental leave in if the Super Space Force was also left in.

It’s hard to imagine a more wonderful, warming example of the Christmas spirit, and its ability to bring families together.

“Wow!” the president tweeted soon after the bill was passed in the House. “All of our priorities have made it into the final NDAA: Pay Raise for our Troops, Rebuilding our Military, Paid Parental Leave, Border Security, and Space Force! Congress – don’t delay this anymore! I will sign this historic defense legislation immediately!”

It’s not yet known if the Space Force will also adopt the new uniform the president has reportedly drawn on a big pad and colored-in really well. ®