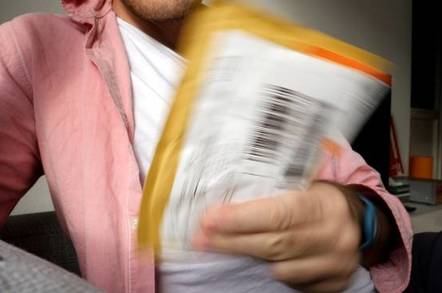 The UK's Post Office has finally agreed to settle a long-running case brought by postmasters the company accused of theft based on evidence from the Horizon IT system.

Claimants (and their lawyers, of course) will split £57.75m in order to settle Bates and others v the Post Office.

The biz said in a statement: "The Post Office would like to express its gratitude to claimants, and particularly those who attended the mediation in person to share their experiences with us, for holding us to account in circumstances where, in the past, we have fallen short and we apologise to those affected."

It said the new chief executive was committed to learning lessons and that the company would be "undertaking an ambitious and sustained programme of changes to the Post Office's relationship with postmasters".

Freelance journalist Nick Wallis, who has been reporting on the case since 2010, pointed out that litigants would have spent about £22m, assuming their legal bills were similar to the Post Office's. Wallis noted the case was backed by litigation funder Therium and by his rough maths on what they would expect to be paid, he estimated payments for each of the 550 litigants would be between £47,000 and £78,000.

Given that these people have already had to pay back money the Post Office claimed they had stolen, and in some cases were prosecuted for stealing, these are not huge figures.

One former subpostmaster told Wallis: "This is nothing but a great win for the Post Office. My losses alone came to £200,000. This compensation will not cover the fraudulent claims that the Post Office took from me. I am 75 and still work to live and pay my mortgage. There will be no celebrating this decision."

Wallis said Post Office directors were likely smiling at the news and congratulating their press officers at getting it released today, while the UK General Election is taking place and British media attention is elsewhere.

The case dates back to the turn of the century when the Post Office began accusing thousands of subpostmasters of dipping into the tills based on "evidence" from its Horizon IT platform. Many were told to pay back supposedly missing funds or face prosecution. Some were convicted and imprisoned while hundreds more pleaded guilty to lesser charges to end further action.

We have contacted the Criminal Cases Review Commission, which was investigating the convictions of some postmasters, for an update.

The case was in court earlier this year (March proceedings here) where the judge said the Post Office "has resisted timely resolution of this Group Litigation whenever it can".

The court found that changes to Horizon software radically reduced transaction corrections it needed to issue. These fell from £22.8m in 2007 to under £1m after "the ping fix" was introduced in 2012.

Individual post offices found that the system introduced thousands of pounds of losses. One subpostmaster, Pamela Stubbs, found that Horizon generated a shortfall of £9,000 over Christmas and New Year 2009, a period when her post office branch was closed.