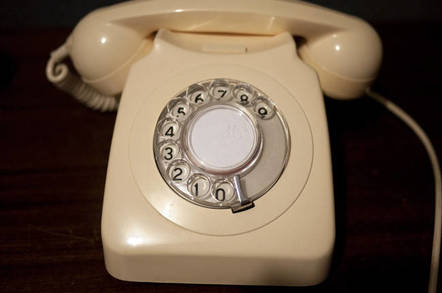 Microsoft has decided that the Calls feature of its Android-bothering Your Phone app is ready to be unleashed upon the wider world.

Yes, we know the Windows 10 Your Phone app can talk to Apple devices as well, but frankly the functionality is so limited when it comes to the fruity phones that it is barely worth noting.

Android is where it's at as far as Microsoft and its good chum Samsung is concerned. The Redmond gang also has its own Android device waiting in the wings even as the still-warm corpse of Windows Phone twitches its last.

The function is a neat addition to the app, which already allows messaging and notifications to be dealt with from the Windows 10 desktop. First mooted at Samsung's Unpacked event and unleashed on Windows Insiders back in October, the feature permits users to make and receive calls from Windows 10 rather than endure a panicked pocket hunt.

Android 7 is required, and the phone must be paired with the PC.

The release to the Microsoft Store came as the gang updated the Windows Insider version with support for pen while in the phone screen mode of the app (for those with the hardware to support it).

Hey #WindowsInsiders! In addition to touch, mouse, and keyboard, you can now use pen in phone screen to interact with your mobile apps! It will respect pressure sensitivity on apps that support it. Check it out in the #YourPhone app! pic.twitter.com/XbFLMMuTZ8

While build 19041 was notable for, frankly, not much as the hardworking gnomes in the Windows mines work to get the 20H1 codebase locked down for the holidays, Microsoft did follow up the announcement with the awkward news that, oops, some Insiders had been dumped out of the Slow and Fast Rings to Release Preview.

To make matters worse, affected users found themselves unable to switch back.

Though not in the same league as the Great Leap Forward of July, which saw every Windows Insider Ring accidentally pummelled with an internal canary build of the OS for many testers, it's a bit embarrassing. The gang was quick to note the issue, and those affected should be seeing their workstations returned to their previous ring.

The build itself resolved the error code 0xc1900101 issue seen by Insiders experiencing installation rollbacks, but the problems of the setup hanging for prolonged periods of time and some USB 3.0 drives not responding remain.

The gang also noted that there is a world outside the US, and expanded the Quick Search feature (which shows regional weather, news and an occasional "interesting quiz" in the Windows 10 Search Home) to another 11 regions, including the UK. The change has been made at the server and will appear on builds from 1809 to the bleeding edge of 20H1.

As for that "interesting quiz" – how about "what really happened with the Windows 10 October 2018 Update?" ®