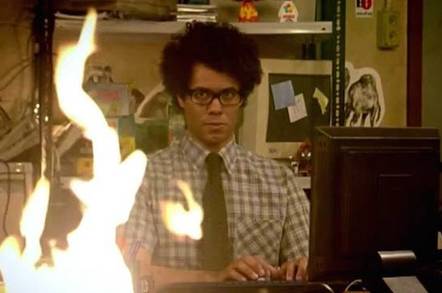 The moment when Capita realised how to solve its 2,300-strong bug backlog

Capita has told local councils up and down Britain that it will be closing all bug reports for its One Revenues and Benefits software suite which are more than 12 months old – even though these include flaws in the way student loans and housing benefits are calculated and paid.

As a simple way of dealing with the unsexy side of public sector IT, Capita's decision to simply close and ignore 2,300 bug reports is pretty brazen.

Seen by The Register, most of the thousands of reports are about mundane things that don't appear to affect anything particularly critical, as far as can be divined without intimate knowledge of Capita's One Revenues and Benefits (ORB) product.

Some bug reports, however, very much do. Despite these, Capita has decided to close every single bug report older than 12 months. A letter sent to councils and seen by The Register said, in part:

So, what does this mean? Quite simply it means that any items older than 1st January 2019 have been updated to show a status of 'Verified Won't Fix' and the target milestone set to 'Bug Cull 2019'… The exercise has resulted in approximately 2,300 records being moved to the 'Verified Won't Fix' status. We are not saying that most of these items are not bugs – we are saying they will not be fixed.

Some of the reported bugs could affect the calculation of student loan payments and repayments, as well as making it harder for councils to top up housing benefits for people living in hostels.

Among the Category A reports which will now be ignored are entries such as "Student Maintenance Loan now has two amounts", "DHP [discretionary housing payments] can't be awarded when UC [Universal Credit] claimants still receive Housing Benefit i.e. if they are in a hostel" and unspecified "Capita Software vulnerabilities".

A Reg reader, who tipped us off about the bug report bonfire, commented that Capita might as well have said: "After burying issues under the carpet, [we'll] now let the carpet rot with everything underneath..."

Responding to our enquiries, a Capita spokeswoman told The Register: "The software bugs are not permanently deleted. Clients will be able to view them on a shared platform and they can be re-opened at any time."

ORB is stated on Capita's website as helping with the administration of:

Six years ago The Register's much-beloved and sadly missed sister site The Channel (RIP) revealed that Myra Hindley was (sort of) working in Capita's revenues and benefits business division.

R&B outsourcing is lucrative work. Last year Westminster City Council in London outsourced its R&B to Capita in a seven-year, £65m extravaganza deal, while in 2016 we reported that it was set to win a £139m deal spanning nine years and five councils across the UK. ®