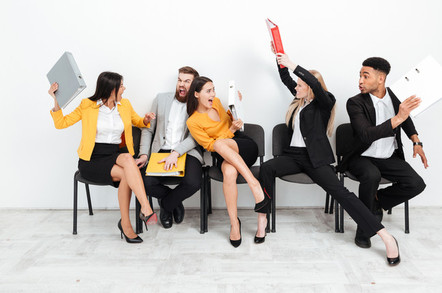 Microsoft has plugged the wafer-thin niche of Linux desktop users that want a native app for the company's Slack-for-suits platform, Teams.

Available in .deb and .rpm packages, the preview is the first Microsoft 365 app to hit the Linux desktop world, although it has been possible to enjoy Microsoft's take on collaboration for a while via browser. Arch-rival Slack's attempt is in beta, supporting Ubuntu, Fedora and RHEL.

The preview will eventually support "all of Teams' core capabilities", although we'd wager there will be a wait before native versions of Word and Excel show up. Requests for a native version of OneDrive can be found lurking within the company's UserVoice forums.

Microsoft also has a Linux client of its Chromium browser knocking about, but a member of the team told The Register that getting the Windows and Mac versions out by 15 January was the priority.

Naturally, we took the client out for a spin and can confirm that yes, it works and yes, it is very, very preview. The documents warns that window sharing isn't currently a thing in the Linux world and taking control of shared content isn't possible. The app also notes that "Linux users won't be able to open files in the Office desktop app." Well, duh.

There is also no point stabbing at buttons on headsets and speakers – those don't work. Also the "BBC Dad" will be saddened to note that backgrounds cannot be blurred in a Teams meeting and "Linux isn't supported for live events". More annoying is the inability to share screens in a Teams chat.

But heck, this is just a preview after all.

Microsoft lists Ubuntu 16.04 LTS, 18.04 LTS, Fedora 30 Workstation, RHEL 8 Workstation and CentOS 8 as supported distros. CentOS 7 should follow soon. We fired it up under Ubuntu 19.04 with no problems, although it's a shame that there is currently no Snap or Flatpak installer.

The proprietary nature of the thing will also trigger some open-source fans (for whom the likes of Mattermost exist), but for others toiling on Linux in an organisation that has adopted Microsoft 365, a native collaboration app is a handy thing to have. ®