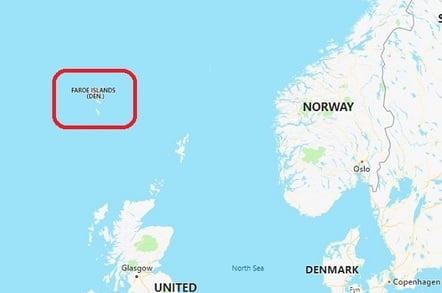 Updated China's ambassador to Denmark has reportedly threatened to kill off a proposed free trade deal unless the semiautonomous Faroe Islands sign a deal with Huawei for 5G mobile network equipment.

The explosive revelations were made by Berlingske, a Danish daily newspaper based in Copenhagen.

The allegations are based on an audio clip reportedly recorded by Faroese TV station Kringvarp Føroya.

The article in the Danish paper states: "Berlingske has learnt that Ambassador Feng Tie made it clear in two meetings on 11 November - first with the Faroese foreign minister, Jenis av Rana, and later the same day with the Faroese finance minister, Jørgen Niclasen, and the islands' lagmand, or prime minister, Bárður Nielsen – that if the Faroese telecoms operator Føroya Tele agreed to let Huawei build the 5G network, all doors would be open to a free trade agreement between China and the Faroese Islands."

If they didn't sign a contract with Huawei, the newspaper alleged, Feng threatened Denmark by saying the trade agreement would be trashed. The Faroes export a growing quantity of salmon to China, with the fish making up a significant part of the semiautonomous archipelago's economy.

The Danish Ministry of Defence was said to have told their government that Huawei posed a security risk, a position enthusiastically promoted by the US but with noticeably little evidence to back it up.

If true, this diplomatic incident will make it far harder for Huawei to maintain its position that it is a private company with no formal links to the communist Chinese state.

Feng was accredited with Denmark in June this year as ambassador and plenipotentiary of China, meaning he has full authority to make statements on behalf of his country and to commit the People's Republic to doing or not doing certain things. An article from June under his name says: "I am ready to work with my Danish colleagues and friends to promote mutual trust and enhance exchanges and co-operation for new progress in our relationship."

The meeting became public knowledge after Danish trade minister Helgi Abrahamsen, due to be interviewed on TV, was pulled aside by a senior civil servant.

According to the paper, that civil servant "discussed the Chinese ambassador's threats to the Faroese government in a confidential conversation with the minister, which was randomly recorded by the TV station because Helgi Abrahamsen had a microphone on his jacket."

The Register has asked Huawei for comment and looks forward to hearing back from the firm's PR representatives in due course.

Updated on 11 December to add

Huawei has made contact following publication of the article. A spokesman told us:

"Huawei was not aware of any meeting between the Chinese embassador and faroese politicians in November as reported.” ®