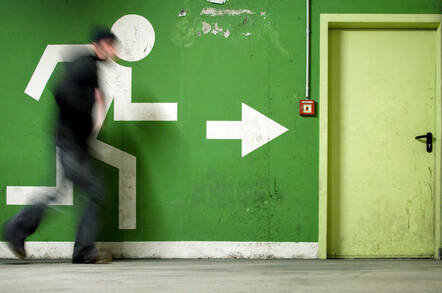 Amazon Web Services has once more dipped into its public sector employee tech training academy – also known as Her Majesty's government – and made off with another senior head to bulk out its division.

Holly Ellis has crossed the divide into the private sector, and joined AWS as senior manager for solution architects for the public sector UK and Ireland, following other senior personnel that left government positions for a new life working for Jeff Bezos.

In a statement sent to The Reg, AWS confirmed its new hire.

"She will manage teams of architects supporting healthcare, education, local government and non-profit customers. In her new role Holly will not be involved in any activity that would breach her obligations under the Civil Service's Business Appointment Rules."

As we revealed in August 2018 and then months later in October, Liam Maxwell, one-time top tech advisor to the UK government quit the public sector to join AWS director of International government transformation.

Maxwell's appointment raised a few eyebrows at the time because he had helped write the cloud-first procurement policy, with AWS and other public cloud providers a beneficiary of this strategy. He was a grade 2 civil servant and so would been expected to apply for clearance to join AWS from his government department.

AWS was the fourth largest infrastructure services provider to the UK government in 2018, and turned over $850m in total last year, according to analysis by TechMarketView.

Alex Holmes, deputy director of cyber security for the Department of Culture, Media and Sport followed in Maxwell's footsteps, as we revealed in May. He works in a global business development roles for the public sector but does not report to Maxwell and is prohibited from lobbying the British government for two years.

Holmes was not subject to approval by the Advisory Committee on Business Appointments (ACOBA) but the Cabinet Office told us he did meet "strict business appointment requires," a source said. ®