Join us on our new journey, says Wunderlist – as it vanishes down the Microsoft plughole

Popular to-do app dies in May. And here’s a worse version... 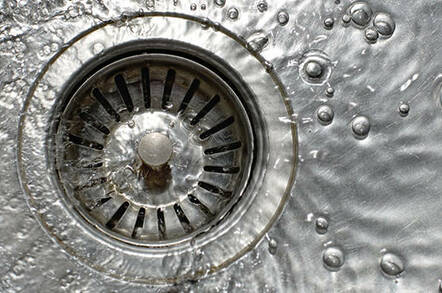 Three months after its former CEO pleaded with Microsoft to sell him back Wunderlist, the software giant has confirmed the worst: it really is killing the popular to-do app.

On May 6, 2020, Microsoft will pull the plug on the app that it paid somewhere between $100m and $200m for in 2015. In its place, it is encouraging everyone to move to its To Do app, which is tightly integrated into the Microsoft ecosystem and, as a result, probably doesn’t work well with anything that isn’t Microsoft.

Even after years of neglect, Wunderlist remains a very popular application for to-do tasks, in large part because it does that singular task extremely well, syncing across devices and allowing users to quickly and easily attach dates to tasks, as well as arrange them in different folders.

But Microsoft wants to be Google and Apple (or a return to the 1990s) and have everyone use its interlinked services. So it has taken the look and feel of Wunderlist and pulled it into the Microsoft To Do app - which you need a Microsoft account to connect to. It integrates with Microsoft Outlook and Microsoft Planner and Microsoft Office 365.

But as comments to the blog post announcing Wunderlist’s impending death have pointed out, Microsoft To Do doesn’t work with Apple products like the Apple Watch, as the current app does, nor is there an iPhone widget. It doesn’t integrate with Gmail, or have an API to link up other apps. “To Do doesn't even work nice with Outlook, like Wunderlist. To Do is just a standalone app with no real integrations,” complained one unhappy user.

Making matters worse, Microsoft decided to break the news that it was killing Wunderlist by covering its business decision in a thick layer of bullshit before coating that foul concoction with a blanket of sugary sweetness so saccharine it could kill a diabetic at ten paces.

“Join us on our new journey, we’ll be with you every step of the way,” its official announcement is headlined, before inexplicably adding a video of a family of anxious colorful blobs moving into a new shape-neighborhood and being invited to a bizarre circus block party that has literally nothing whatsoever to do with the fact that Microsoft is killing off a favourite app and replacing it with an inferior version that requires you to give Microsoft all your personal information.

“We at Wunderlist/Microsoft To Do know what it's like to move your life from one place to another,” it knowingly informs the 0.1 per cent of users that follow the Wunderlist blog before both managing to both dismiss their concerns while making far too much of it at the same time: “Be it a city or an app, moving can be stressful and scary – but, more importantly, exciting and refreshing.”

“The key to a successful move is having the support to make your transition as seamless as possible, so you can focus on enjoying all the new experiences and creating new memories (or to-dos). It's time for a new beginning We’ve been working tirelessly to ensure our new app, Microsoft To Do, feels like a new home for your lists…”

Let’s jump to the justification for killing Wunderlist off.

“Why can't you keep Wunderlist running?” it asks itself in an FAQ. This is the answer: “Since joining Microsoft in 2015, we shifted our focus from building Wunderlist to developing To Do. We’ve stopped releasing new features and updates to Wunderlist, and it’s becoming more difficult to maintain the app as it ages. While we’d love to ensure that Wunderlist remains a reliable service in the future, we simply cannot guarantee that it will continue to work as technology continues to advance and new devices and operating systems are introduced.”

In other words, we have done our utmost to slowly kill this thing off but you still keep using it so we’re bringing the axe down this time. Now get with the Microsoft-branded future or fuck off. ®