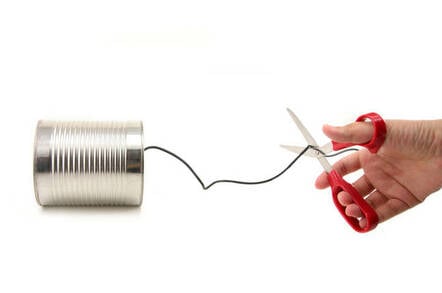 Dearly beloved, we are gathered here today to pay final respects to Microsoft's last foray into the mobile phone market: the Windows Phone.

It should have all been so different. Launched at the dawn of a new decade, Microsoft positioned the platform as a replacement for its ageing Windows Mobile OS, which had suffered a catastrophic loss of market share at the hands of the artist formerly known as RIM and Apple.

A range of devices were sold by OEMs including HTC, Samsung and even Dell. The interface was quite unlike anything seen on a mainstream phone (although familiar to those who had used Windows Media Center) and the tiles, which still blight the Windows 10 Start Menu, were slick, smooth and a considerable improvement over the already too familiar home screen of Apple's iPhone.

Indeed, this particular hack picked up a HTC Trophy from Vodafone at launch, having become disillusioned with an iPhone 3G following an iOS update (yes, version 4) that left the device an unusable buggy mess.

Quite frankly, I should have learned my lesson with more recent iOS updates from hell.

In comparison to the iPhone, the Windows Phone was a delight. It synced to Zune over Wi-Fi and, aside from some annoying missing functions, it seemed Microsoft was on to a winner with an innovative interface design, even if it might not have been to everyone's taste.

Ominously, it was also not compatible with previous versions of Windows Mobile, was missing some key user and enterprise features and as time (and versions) moved on, Microsoft appeared dead set on irritating as many app developers as possible as the goalposts for developing for the platform appeared to dance with every revision.

Version 7 used Silverlight, 8 went for the Windows Runtime and Windows 10 Mobile introduced Universal Windows Platform (UWP), which, frankly, has started to get a bit whiffy of late.

And not every phone could be updated either. In retrospect, this was no bad thing, since with almost every update Microsoft seemed to remove yet another bit of functionality that had made the platform unique.

The result was that users and developers stayed away in their droves. I stuck with the platform through Windows Phone 8, picking up a Nokia 920, before throwing in the towel and returning to the Apple ecosystem as the very real "app gap" became too much to bear. The last great throw of the dice came with the multibillion-dollar Nokia acquisition in 2014, which brought with it the hope of a strong hardware platform as well as tens of thousands of engineers.

"Catastrophe" doesn't do justice to what happened next as new broom Satya Nadella set about unpicking what his predecessor, Steve Ballmer, had inflicted on the company. Nadella wasted no time in taking the axe to the business unit, even as products already in the pipeline continued to appear.

It would take two more years for the last Lumias to trickle out, by which time the writing was on the wall for Microsoft's mobile ambitions. Relentless infighting within the company, a lukewarm board and a CEO who didn't really see the point all took their toll and hardware eventually dried up as first Microsoft and then the remaining OEMs closed down the production lines.

The last few years have been a death by a thousand cuts for the platform. The new-look Bill Gates (not to be confused with the more problematic version that ran Microsoft back in the day) declared his greatest mistake as ceding the mobile market to Google's Android. If he had been a tad more on the ball (and not distracted by the company's anti-trust woes), might the whole fiasco have been avoided?

Maybe. Or maybe the bickering between factions within the Windows giant would have been even worse. However, when we've spoken to staffers about the OS, many tend to go a little misty-eyed. The death of Windows Mobile did for other projects, too. Cortana, for one, has retreated into the depths of Microsoft's productivity suite, bereft of a native mobile platform.

The last hurrah for Windows 10 Mobile came with version 1709, and support for that version ends today, 10 December. While phones will not magically stop working, there will be no more updates, no more support and no more security fixes.

Back-end services will linger on for a while but will eventually also be phased out. The majority of third-party app developers have already moved on and Microsoft itself has swung the axe on a fair few. Office support will end in just over a year, by January 2021. Just in time for Microsoft's next attempt at a mobile phone, the dual-screen Surface Duo, to find its way into the hands of the faithful.