Gee, S/4HANA. Just what I always wanted: Customers are wary of what's in SAP's sack

So the decades we invested in the last platform mean nothing? 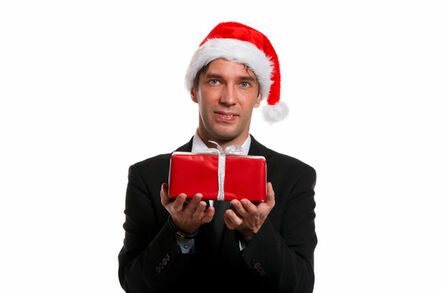 The lure of shiny new things is particularly irrepressible in December as Christmas approaches, but SAP customers seem to be able to resist it.

Rob Moore, business intelligence systems manager at industrial engineering firm Edwards, for example, says that he would love to unwrap S/4HANA, the major upgrade to SAP's ERP platform which promises in-memory processing and columnar, rather than row store, databases.

"I'm an IT guy, so I certainly like to get my hands on new exciting tools. We would like to move to S/4HANA. The real issue with that is not really the cost or the licensing for the software; it's the change management. We've got 20 or more years invested in [SAP's earlier] ECC system which we have built processes on and changed from its vanilla aspect, so it is a bespoke system for us.

"Moving to S/4HANA, from our point of view, would be like installing a brand-new ERP system. We would need resources within the business for designing new processes which take advantage of S/4HANA. It's not really the product that we've got a problem with, it is just the amount of change that is required for us to get through the upgrade, and that's where the real cost comes in."

The problem with ERP is users tend to adapt off-the-shelf products to their specific business process. These customisations then become difficult to shift to an entirely new platform, leaving the business facing the choice of staying on old technology, changing new software to fit their needs – often at eye-watering cost – or changing the way people do their jobs. In a global organisation that could be thousands.

"The existing ECC system has been around for 20 or so years," Moore added, "and it's evolved through that period and in an organic way. But with HANA SAP seems to have gone back to the drawing board and says, 'OK, what does the modern business need to run its processes? As if it was starting from scratch and building an ERP system.' That's what S/4HANA is going to give you."

The problem is, many SAP customers don't seem ready to start from scratch. In its annual member survey, the UK and Ireland SAP User Group (UKISUG) questioned 467 organisations and found that 58 per cent do not intend to upgrade to S/4HANA in the next two years while 27 per cent say they will not upgrade in the next three years.

On the surface, SAP seems sanguine about the situation.

Uwe Grigoleit, SAP senior vice president and general manager, said although the numbers appear to show that the majority of businesses do not intend to move soon, larger customers are committing to migrating to S/4HANA, and providing use cases and performance KPIs to help smaller firms.

"We know that ERP projects for our customers are not a question of deciding to do it and then starting tomorrow," he said.

Meanwhile, service partners have been building "conversion factories" which take over the current ERP system, lift it to the cloud and run it at a fixed cost. Then they can begin the migration to S/4HANA, at least mitigating some of the technical difficulties.

UKISUG chairman Paul Cooper says the lift-and-shift approach will be attractive to some customers and is the right strategy for SAP to employ. However, it does not entirely remove the upgrade barriers presented by business process re-engineering.

SAP is trying to press the issue by saying support for its flagship ECC core ERP applications will end in 2025. Users are hoping SAP will extend the deadline, but some would be willing to take matters into their own hands to avoid the upgrade, Cooper said.

"For a multitude of reasons, M&A activity and so on, some will not want to move and will go to talk to SAP about extended maintenance beyond 2025, which can be very expensive. Or they may well go down the route of third-party maintenance," he added.

Then there is always the nuclear option.

"For some, there comes a point in time where they hit the breaking point and think they don't need something of this scale and need to move to a different vendor for functionality reasons and key business drivers," Cooper said.

For now, SAP seems in relatively good cheer about customers snubbing its new toy. But the new year's hangover may kick in when it releases its annual results at the end of January. ®