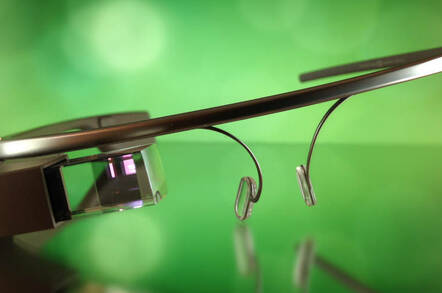 Google Glass Explorer Edition was an ambitious but ultimately doomed look at a possible next frontier of human-computer interaction. Almost seven years after its initial release, Mountain View is finally putting it to pasture with one last update.

The new update effectively disconnects Google Glass from all official back-end services, as well as the ability to use a Google account with the face-worn computers. This sounds like a marked feature downgrade – and it is – but it's also necessary to use the devices after 25 February 2020, when Google finally pulls the plug.

Deploying the "upgrade" is a reasonably involved job. It requires the user to download a signed ZIP file and transfer the firmware via ADB – which means opening up the terminal and running several commands.

Glass users will be able to take photos, shoot videos, and use any side-loaded apps (there was, and remains to a lesser extent, an enthusiastic developer community). However, so-called "Mirror apps", like Gmail, YouTube, and Google Hangouts will stop working.

Google also intends to kill the MyGlass app at the same time, although the few remaining users will be able to pair their devices to their phones via bog-standard BlueTooth.

Users of the enterprise model are unaffected by this change.

Glass launched towards the start of this decade with a flash advertising campaign, and while the technical promises were undeniably intriguing, it was hamstrung by a largely negative public response to the product.

Ultimately, Glass fed into two enduring narratives at the time: that of privilege and privacy. The $1,500 price tag ensured that only the very wealthiest could afford to use it, while many felt undeniably creeped out by people walking around with cameras affixed to their faces.

Google Glass was interesting in the respect that it was a niche tech product almost universally loathed by non-users. An epithet quickly emerged to describe users: Glassholes.

In Seattle, one restaurant booted a customer who refused to take his glasses off when asked by a manager. The aforementioned punter, Nick Starr, complained in a Facebook post that went viral, where he called for the manager's termination. This further dented the public image of the glasses.

Sometimes, the reaction was violent. In 2014, Sarah Slocum, a San Francisco tech worker, wore her Google Glass to a dive bar, where she was physically assaulted by other patrons.

And then there was the infamous Robert Scoble shower photo. Nothing more need be said, other that Google Glass quickly reached Nathan Barley-levels of naffness, prompting Mountain View to discontinue consumer sales in order to focus on the enterprise market, where other AR vendors like Microsoft have found more success. ®