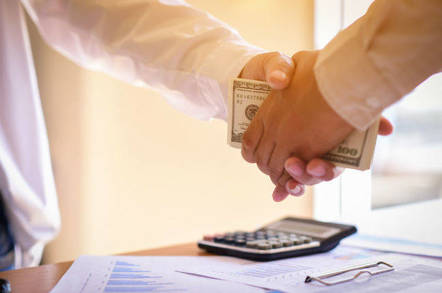 Swedish telco slinger Ericsson has paid $1bn to end a double probe into bribery allegations by the US Department of Justice and the Securities and Exchange Commission (SEC).

The company was accused of several breaches of the Foreign Corrupt Practices Act (FCPA) spanning multiple years up to the end of Q1 2017.

Börje Ekholm, president and CEO, said: "I am upset by these past failings. Reaching a resolution with the US authorities allows us to close this legacy chapter. We can now move forward and build a stronger company. The settlement with the SEC and DoJ shows that we have not always met our standards in doing business the right way... We have worked tirelessly to implement a robust compliance program. This work will never stop."

The investigation first came to light in 2018 and covered events dating back to 2013.

Ericsson admitted some employees and executives acted in bad faith and knowingly failed to implement proper controls: "They were able to enter into transactions for illegitimate purposes and, together with people under their influence, used sophisticated schemes in order to hide their wrongdoing."

The DoJ criminal investigation covered bribery in Djibouti as well as breaches of the accountancy rules of the FCPA in China, Indonesia, Kuwait and Vietnam. Ericsson's Egyptian subsidiary pleaded guilty to bribery in Djibouti. Ericsson will pay a $520.665m fine in return for a three-year deferred prosecution agreement and will also strengthen its internal controls and its compliance programme.

Ericsson will also pay a $458.38m financial sanction, along with pre-judgement interest charges of $81.54m.

The full statement is here. ®

Ericsson's losses narrow, but its pulse is still weak

No, 5G won't ride to the rescue this year or next