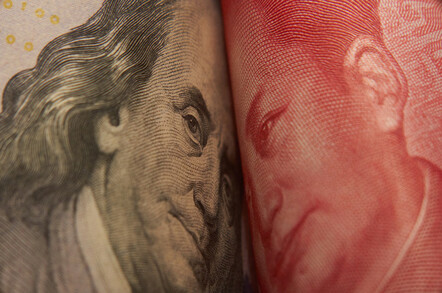 China has ordered all government offices to start ripping out non-Chinese computers and software in order to bolster domestic manufacturers and suppliers.

The ban needs to be fully implemented within three years, according to the Financial Times, and could be seen as a response to President Trump's US protectionism that has made life harder for Chinese companies including Huawei and ZTE.

Exactly how "Chinese-made" will be defined remains to be seen. Many government agencies already use Lenovo desktop machines, but they contain US-made Intel chips and Korean-made Samsung storage. Analysts at China Security estimate between 20 million and 30 million individual pieces of equipment will need replacing.

Software is likely to prove even more difficult. While there are Chinese alternatives, they have less developer support than American or international rivals. Huawei has promised to spend $1.5bn to boost developer support for its homegrown operating system.

Microsoft was granted a licence to sell its products to Huawei despite Trump's promise to stop all US firms trading with the telecoms giant.

Paul Triolo of consultancy Eurasia Group told the FT: "China's 3-5-2 programme is just the tip of the new spear. The goal is clear: getting to a space largely free of the type of threats that ZTE, Huawei, Megvii, and Sugon now face."

The move could cost US suppliers like Dell, HP and Microsoft as much as $150bn a year, although much of that total is made up of private purchases, which may or may not follow the China-first push. Though the government can directly control procurement by its own agencies, it could also strongly influence private purchases by making foreign-produced kit more difficult or more expensive to get hold of.

The pink paper said the move was already part of Chinese policy to ensure "secure and controllable" technology infrastructure but has been accelerated by Trump's attacks on Huawei and ZTE.

It will increase fears of an effective decoupling of deeply intertwined supply chains for technology products, almost all of which rely at least in part on Chinese components and processing.

Trump's attempts to stop US firms trading with China have been paused while trade talks continue, but this news is likely to reduce the likelihood of a quick agreement.

The issue is already on its way to the courts with Huawei taking action against the ban on sales of its 5G kit stateside. The US is also stymied because Huawei owns many 5G patents so even choosing other manufacturers would still mean paying to license its IP.