Another $0.51 dividend for shareholders, exec pay OK'd, but no say for employees 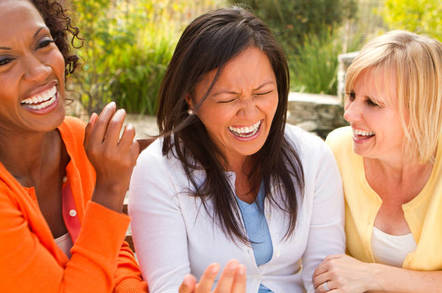 Updated There was good news for investors and perhaps bad news for employees during Microsoft's annual shareholder meeting.

The trillion-dollar company has been on a bit of a roll lately despite rumblings from staffers over the company's dealings with the Immigration Customs and Enforcement (ICE) agency. Some employees of newly absorbed code shack GitHub have added their own voices with a few quitting the company over it.

And then there is the infamous Microsoft Political Action Committee (MSPAC).

As such, and with the multibillion-dollar JEDI contract looming, perhaps some employee representation on the company's board might be a good idea?

Er, no. After re-electing 12 directors and adding a new one in the form of GSK CEO Emma Walmsley and, of course, approving (on a nonbinding basis) named exec compensation, employee representation got a clear "hell, no!"

The proposal to prepare a report on employee representation on the board of directors – put forward by NorthStar Asset Management – received just 4.42 per cent of votes "For". As it turned out, as well as an overwhelming "NO", there were also more abstentions.

Pensions fund manager Northstar, as it turns out, has form at rousing rabble at the odd tech titan's AGM. It treated Facebook to a grilling on privacy in 2018 and has asked Google to open up membership of the management insiders' share class to the rest of the (cash-flush) plebs. Spoiler alert: They said no.

And maybe reporting on the median gender pay gap for its women employees across the globe? Also a big "nope" at the Microsoft AGM yesterday, although nearly 30 per cent of shareholders thought that might be a good idea.

In the UK, firms with 250 or more employees – which includes multinational firms' British arms – are forced to disclose this by law. Microsoft Ltd's 2019 report reflects that women earn 92p for every £1 that men earn when comparing median hourly wages.

Tech workers have become feistier of late. The first anniversary of the Google walkout rolled around last month and there have been dark mutterings from within the bowels of Amazon as employees expressed concern at the perceived ethical gymnastics of their employer.

Still, while Microsoft shareholders steered clear of thoughts of employee representation, a quarterly dividend of $0.51 per share was declared, payable on 12 March 2020. The figure is unchanged from the previous quarter. ®

Microsoft has directed us to its SEC filing, where it insisted that: "We believe that our existing reporting of equal pay and other metrics related to women in our workforce demonstrate our efforts to recruit, retain, and promote women," so the pesky proposal was redundant.

And staff representation? "Employees have numerous ways to be heard and exert influence outside of board representation" insisted the company, worrying that adding another staffer to the board "would decrease the number of directors who qualify as independent of the Company."

And, perhaps most importantly, "not enhance shareholder value."