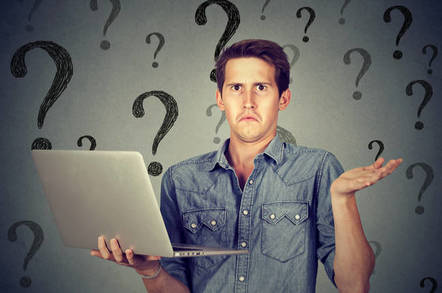 TalkTalk-using readers have contacted The Reg to say they are suffering decidedly odd bandwidth issues shutting off, or severely slowing, access to certain sites while leaving others working as normal.

A thread started yesterday on TalkTalk's support forum showed users unable to access iPlayer, ITV Player, All4, My5 and Alexa services. BBC and ITV are both AWS customers, blamed for the problems by some posters, but TalkTalk denied any link with AWS.

Some posters had no problems conducting speed tests and some found routing requests via a VPN sorted out the problem. Others could still visit sites but access was slow.

One Twitter user, presumably with 4G, said: "Major Infrastructure issues affecting #talktalk broadband customers UK wide. No statement from talktalk themselves however. Hundreds affected yet we are told 'everything seems fine' and 'reboot router' Not acceptable. We are being treated like fools here. It is a WIDESPREAD issue."

A Reg reader experiencing the problems in Warwickshire noted that it was taking time for complaints to add up because of the strange, patchy way it was experienced by users – some sites will work perfectly normally – making it harder for users to realise there is a problem.

TalkTalk eventually admitted it was having problems this afternoon, tweeting: "We're aware of some issues at the moment affecting video streaming services. We're looking into this with hopes to have things resolved ASAP. Apologies for any inconvenience." It provided a link to its Service Status Dashboard.

A TalkTalk spokeswoman told us at 14:35: "We're aware that some customers may have had issues accessing online platforms earlier today. This has now been fully resolved." She said the problem only began earlier today and: "It would have impacted some online platforms, not video streaming in particular."

Despite this optimism, we're still seeing reports of problems on Twitter and various speed test and outage sites.

TalkTalk's service dashboard insists everything is fine except for punters in Ponders End and Llantwit... ®