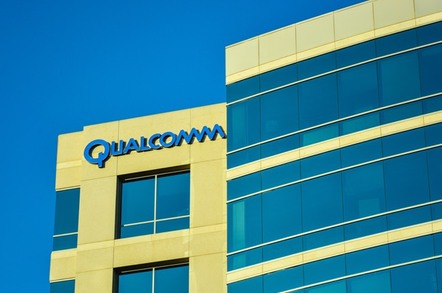 Qualcomm is to appeal against the decision of a South Korean court to fine the US chip giant $873m for unfairly using patent licensing to stymie rivals' sales.

The news put something of a cloud over the company's ongoing beanfeast in Hawaii, where it unveiled its next lineup of Snapdragon processors.

The case dates back to 2016, when the Korea Fair Trade Commission (KFTC) hit Qualcomm with a ₩1.03 trillion fine (then worth $853m) and imposed remedies on the chip giant to force it to deal more fairly with mobile phone and chipset makers. The KFTC found Qualcomm guilty of restricting access to Standard Essential Patents (SEP) to companies that also took out other patent agreements. SEP holders are obliged by law to offer access to such patents on a fair and equitable basis.

But Judge Noh Tae-ak kicked out Qualcomm's claims that the fine was unfair, saying: "The defendant exerted a significant influence over mobile phone manufacturers either through unfair relationships or making them depend on the defendant's supplies of modem chipsets."

But it was not all bad news for Qualcomm – the court rejected the KFTC's remedy of forcing the company to renegotiate its patent deals.

Despite the mixed result, Qualcomm said in a statement that it would appeal against the decision in South Korea's Supreme Court. There was no comment from the trade commission, which could also choose to appeal.

Last year Qualcomm was hit by a €997m fine from the European Commission, which also found it guilty of abusing its market position and forcing customers to agree to exclusively purchasing its chipsets.

Competition commissioner Margrethe Vestager said at the time: "Qualcomm illegally shut out rivals from the market for LTE baseband chipsets for over five years, thereby cementing its market dominance. Qualcomm paid billions of US dollars to a key customer, Apple, so that it would not buy from rivals.

"These payments were not just reductions in price – they were made on the condition that Apple would exclusively use Qualcomm's baseband chipsets in all its iPhones and iPads."

The chipset giant has been fined on broadly similar grounds in Taiwan.

And in the US, the Federal Trade Commission is also taking action against Qualcomm for abusing its patent portfolio, although the case suffered a setback at the most recent hearings.

In 2015 it paid almost a billion dollars to end a similar anti-trust probe in China. ®