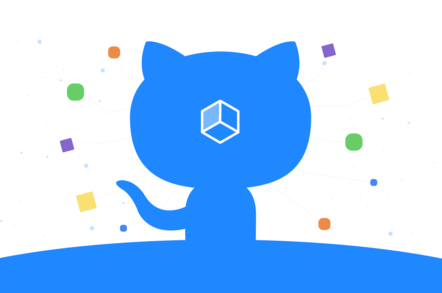 Is GitHub too complacent about issues with Git itself?

The mind behind the SQLite open-source database and Fossil SCM bug-tracking system had a lot to say about his recent meeting with the GitHub team.

Dr Dwayne Richard Hipp was invited to a GitHub Open Source advisory board last month, where he had what he described as a "productive meeting" with staff and others. "I was the only Git skeptic present," he said.

There are two notable points in Hipp's report. For one, he feels that Git could be improved. He considers the Git Rebase command, which alters or removes the history of a commit, to be harmful. Since Git's own documentation of Rebase is full of warnings about misuse, this is not surprising, though there are circumstances where it can be useful. Hipp is also keen to see a means of revising the comments on previous check-ins because of the importance of documentation.

The GitHub team, however, were not particularly responsive to these suggestions, according to Hipp. The reason is that GitHub is not in charge of Git. The Git project itself lives here. You can find the code on GitHub, but issues should be reported to the Git mailing list.

This leads to Hipp's second point. "GitHub used to be a Git repository hosting company. But now, they are about providing other software development and management infrastructure that augments the version control. They might as well change their name to Hub at this point," he said.

Clearly the fact that GitHub is a place to host Git repositories remains a key part of its purpose, though as a company it is now owned by Microsoft. Its primary purpose has never been about improving Git, but about the value it adds both in terms of being a reliable and secure place to host a repository, and in the features it adds around the wider DevOps process.

GitHub, says Hipp, regards the "four pillars" of the organisation as being DevOps, security, collaboration and insights. He adds that it "has no desire to support alternative version control systems like Mercurial or Fossil."

Should GitHub and its community be more focused on improving Git itself? Hipp suggests there is complacency. "They openly assume that Open Source (mostly) runs on Git," he says. On the other hand, the perspective of someone who (like Linus Torvalds, the original author of Git) came up with their own source code management system out of frustration with existing ones is not a typical one.

But his report is a reminder that GitHub is more about DevOps than SCM. The likely purpose of Microsoft's acquisition, suggested by remarks to its investors, is to entice developers to deploy to its Azure cloud, though at the same time its CEO, Nat Friedman, insists "GitHub has to be both independent and neutral." GitHub's most obvious rival, GitLab, is more explicit (and more aggressive towards competitors) about this focus on DevOps, but it is a characteristic that both companies share.

Would Hipp ever consider using Git for SQLite? "That will never happen. Fossil was specifically designed to support SQLite development," he said. ®