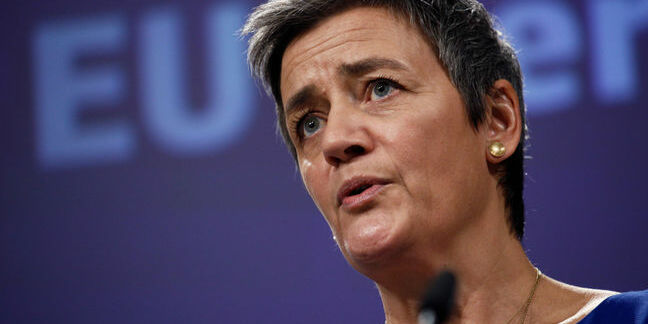 The European Commission has confirmed it is carrying out yet another investigation into whether Google has abused its market position, this time digging into the search giant’s data collection around local search and ads.

Those questionnaires have gone out to third-parties that Google contracts with and have asked about data-sharing agreements they have, specifically in the areas of local search services, online advertising and web browsers.

The EU forms ask for the kind of data that Google has asked for and the data's value, as well as whether the companies are constrained by any contractual clauses on what they can do with the data.

The concern is that Google is doing the same that it has already been found guilty of – and fined billions of euros by the EU – in the smartphone, comparison shopping and online advertising markets: using its market dominance to force companies to operate on its terms, which invariably shields it from competition.

In 2017, Google was fined €2.4bn ($2.7bn) for promoting its own shopping search service over those of smaller rivals. In 2018, it was fined again – €4.3bn ($4.8bn) – for forcing smartphone makers to preinstall and default to its search and browser as a condition of using its open Android operating system. And earlier this year, it was fined a third time – this time €1.5bn ($1.7bn) – for using its ad platform dominance to keep out rivals and force other websites to place Google ads in the most prominent places.

Google's response in every case has been to fight on every front. It has appealed all the fines, resisted making any changes, and, rivals say, distorted whatever changes it has made in order to maintain its control.

In the Google Shopping case, the tech giant only submitted a compliance plan three hours before its 60-day deadline. It appealed the decision. And it made changes that rivals said were effectively worthless, prompting them, last year, to ask the European Commission to find the company in non-compliance of the EU’s decision.

Just last week, those same companies reiterated the same concerns – that Google was “artfully avoiding compliance with the law” – in a letter that 41 comparison shopping sites signed. Its new auction mechanism was designed to benefit Google, they complained and asked the EU to take another look at the system.

The Chocolate Factory appealed the Android fine and responded to the €4.3bn fine and judgment by forcing manufacturers to pay Google a fee to include its suite of apps, which include Gmail, Google Maps, YouTube, and Google Play. It wouldn’t charge for Search or Chrome, though, Google generously offered.

In addition to the shopping service, smartphone market, ad platform market and now local search market, Google was also put under investigation for the exact same behavior in the job advertising market in August this year.

And on Monday, Britain’s Competition and Markets Authority said it was digging into Google's acquisition of UK data science startup Looker to see if it would result in the "substantial lessening of competition," in the market.

In short, despite having been fined more than €8bn, Google appears to use every opportunity to cement its dominance in every market it exists in, using its vast resources to drag out, delay, and obfuscate while knowing that it can easily pay whatever fines are thrown at it.

"We use data to make our services more useful and to show relevant advertising, and we give people the controls to manage, delete or transfer their data," Google said in response to this latest probe. "We will continue to engage with the Commission and others on this important discussion for our industry."

Google's share price fell by a little over 1 per cent on the news. ®