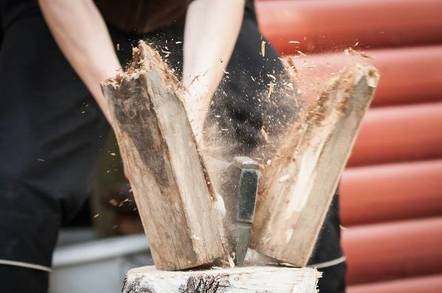 A fresh preview of Microsoft's open-sourced Windows Terminal landed overnight with a couple of standout features to make the app a handy addition to the toolkit of Windows 10 shell-botherers.

The release, 0.7, adds the ability to split the terminal window into multiple panes, which means multiple command prompts within the same tab rather than having to switch tabs or do something funky with windowing.

It works well in practice, with an alt shift - splitting the pane horizontally and alt shift + doing the same thing vertically. It being Windows Terminal, those key bindings can, of course, be configured along with additional bindings to resize and move focus.

What can't be configured is the default shell that gets fired up with a split and the changing of the tab header as a user switches from pane to pane is also a tad jarring. Program manager Kayla Cinnamon assured fans that the former whinge was something the gang was planning to deal with "in a future release".

Cinnamon was also chuffed with the arrival of an update to the Cascadia Code font to include some extra languages (Greek, Cyrillic and Vietnamese), a powerline version and a version without coding ligatures.

The other notable improvement is re-orderable tabs, a mod submitted by Windows engineer James Clarke (whom readers with long memories might remember from the halcyon days of BringCast).

Sadly, it's a little broken at the moment (this is a preview, after all), and an attempt to indulge in some drag-and-drop shenanigans as administrator will result in a crash, according to the team. We tried and it did.

Other UI improvements include a thinner border that follows the accent colour and the suppression of the application title (making for shorter, if less meaningful, tab names).

Among the other fixes, we particularly liked: "Quickly opening and closing tabs will crash less!"

These days, crashing less seems to be all we can hope for from most applications.

By our reckoning (and looking at the gang's own roadmap), this release likely represents the last of the feature work ahead of "Feature Complete" in December. The first quarter of 2020 will be spent polishing before General Availability arrives at some point in April. ®