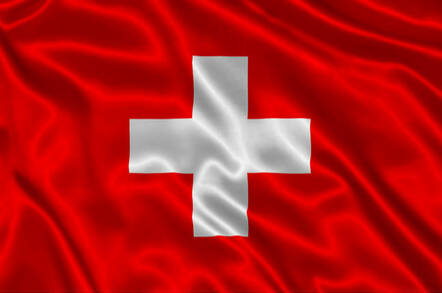 The RISC-V Foundation, which directs the development of an open-source instruction set architecture for CPUs, will incorporate in Switzerland. Currently it is a non-stock corporation in Delaware, USA.

RISC-V enables open-source hardware. "The worldwide interest in RISC-V is not because it is a great new chip technology, the interest is because it is a common free and open standard to which software can be ported, and which allows anyone to freely develop their own hardware to run the software," according to the foundation.

Why move to Switzerland? "Incorporation in Switzerland has the effect of calming concerns of political disruption to the open collaboration model … the move reduces concern that a government would restrict the actions of an open source organization," the group said.

It is easy to spot why this is an issue in President Donald Trump's United States, which in May this year issued an executive order, which "prohibits certain transactions involving information and communications technology or services" and followed up by adding Huawei to an "entity list" to stop its use of "American technology", forcing Google to remove its licence to services including the Android Play Store.

That said, the foundation insisted that it "is not incorporating in Switzerland based on any one country, company, government, or event" and that the decision was first announced at a summit in December 2018.

The news has come to the fore now because of a Reuters interview with foundation chief exec Calista Redmond, in which she said: "From around the world, we've heard that 'If the incorporation was not in the US, we would be a lot more comfortable'," and that the foundation's board of directors have given unanimous approval to the move.

Directors include Zvonimir Bandic from Western Digital, which uses RISC-V in some of its storage devices, Frans Sijstermans, VP of engineering at Nvidia, and Rob Oshana, VP of software engineering at NXP Microcontrollers.

There are not many prominent examples of technology companies fleeing the US for fear of political restrictions, and RISC-V, though influential, is only a small example. The notion that the US is no longer the best location for open source, however, could have far-reaching consequences. ®

Analysis Coming to an FPGA near you, soon, maybe, hopefully?

Oh cool, Alibaba's first home-grown AI chip. Oh wait, it's only for its own cloud servers... for now