So will you all please move to IPv6? World: Nope. 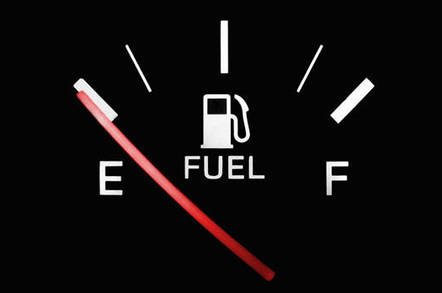 That’s according to RIPE, Europe’s regional internet registry, which announced on Monday “we made our final /22 IPv4 allocation from the last remaining addresses in our available pool. We have now run out of IPv4 addresses.”

That’s not to be confused with the time in April 2018 when RIPE announced it had allocated its last /8 block. Or six years earlier than that when RIPE said it has run out of IPv4 addresses. Because this time, it really has run out. No more IPv4 addresses ever.

Well, except for those that it “will continue to recover... from organizations that have gone out of business or are closed, or from networks that return addresses they no longer need.” There is a waiting list for that however.

What the hell is going on? Do we have IPv4 addresses or not?

Well, yes and no. We are all using them as we speak. And engineers will continue to figure out ways of making what we have work for them. And blocks continue to crop up when old businesses die and sell them off. And then there’s the growing grey market in IPv4 sales.

But the organizations that until now have been willing and able to hand over huge chunks of fresh addresses are saying that it’s game over. It’s reheated leftovers from this point.

“While we expect to be allocating IPv4 for some time,” RIPE notes, “these small amounts will not come close to the many millions of addresses that networks in our region need today.”

So why do RIRs keep announcing that we have run out of IPv4 addresses? Two reasons: one, their traditional role in handing out IPv4 is effectively over and they’re not altogether sure what they do from this point on. And second, because they continue to believe that pointing out milestones in IPv4 scarcity will cause people to see the light and switch to IPv6.

That approach continues to not work. IPv6 still sits at around 24 per cent of internet traffic - and has actually gone down from last year.

Despite strong urging from the US government and “father of the internet” Vint Cerf himself, people are still not embracing IPv6 in the way the tech community continues to believe they should. Why?

Unfortunately, lots of reasons. There are the networks that refuse to peer on IPv6, even when they have done so over IPv4. Then there are the security concerns. The fact that technical solutions keep removing a sense of urgency. That IPv6 can kill your VPNs.

Then there’s the fact that some ISPs just don’t see it impacting their bottom line and so can’t be bothered. That it takes internal champions to drive companies toward IPv6 and most companies don’t have them. And that when the United Nations did come out with a plan to fix the whole thing, the plan was met with furious disdain by internet engineers.

And that’s despite the fact that IPv4 addresses are clearly getting more expensive and criminals are having a field day.

But the real, real reason that people are not moving to IPv6 is because of the utterly idiotic decision by the IETF 20 years ago not to make IPv6 backwards compatible with IPv4. We still haven’t seen or read a good explanation for what that decision was made - presumably because everyone involved is ashamed of themselves and doesn’t want to talk about it.

But, as RIPE notes in its announcement on Monday, the lack of movement toward IPv6 is starting to undercut the longstanding notion that there is no real limit to the internet’s expansion. “Without wide-scale IPv6 deployment, we risk heading into a future where the growth of our Internet is unnecessarily limited - not by a lack of skilled network engineers, technical equipment or investment - but by a shortage of unique network identifiers.”

The irony of this IPv4/6 split is that the internet is both almost-infinitely expandable, while at the same time constrained within its own pre-defined box. And if that makes no sense to you, just reflect on the existence of Facebook.

We have the vastness of the internet and yet billions of people decided to spend most of them time within a horribly designed, fake-news emporium of a website that sucks every possible piece of personal information out of you so it can sell it to others. And they see nothing wrong with that. ®