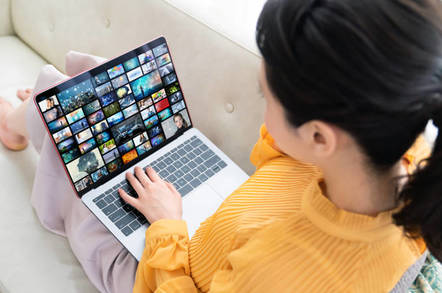 Intel today tapped up MediaTek to integrate 5G modems into next-generation PCs, due to hit the shelves in early 2021.

This comes a few months after after Chipzilla very publicly walked away from making 5G smartphone modems: it quit that racket immediately after Apple and Qualcomm settled an almighty legal row over technology licensing and payments.

Essentially, Intel had hoped to get its 5G cellular modems into future iPhones, displacing Qualcomm's Snapdragon modems in the handsets, all while Apple grew increasingly unhappy with Qualcomm. Then the iGiant patched up its differences with Qualcomm, forcing Intel to give up in a sulk and flog the majority of its smartphone division to Apple for $1bn.

Due to the wonders of supply-chain logistics, Chipzilla didn't lose out completely: its 4G/LTE modems made it into this year's iPhone 11, and its 4G/LTE chipsets were used in some earlier iThings.

But that was 4G. Now we're talking 5G. Intel's walked away from 5G for smartphones. However, the microprocessor giant is back touting 5G connectivity for personal computers, and will use, er, MediaTek to provide the chips. Qualcomm also has its eyes on laptops, too, for what it's worth.

Details are vague at this stage, though we are told Dell and HP are "expected" to be among the first manufacturers to peddle PCs and laptops using the Intel-MediaTek super-fast mobile broadband technology.

How will it all work? Well, it seems as though Intel will draw up a laundry list of features and specifications for MediaTek, which will then provide the modem chips, and then Chipzilla will ship drivers and other support materials to its PC-making customers. In short: chipmaker Intel will use someone else's chip designs.

A spokesperson for MediaTek explained it thus:

Intel is partnering with MediaTek on product definition, development, certification and support of 5G modem solutions for the next generation of PC experiences. As part of the partnership, Intel will define a 5G modem and module specification; provide OS host drivers, tuning and optimization across the platform (Windows, Chrome and Linux); and lend system integration and co-engineering support to further enable its OEM partners. The first products are targeting availability in early 2021. In addition, the companies are working with Fibocom as the first module vendor to supply 5G M.2 modules.