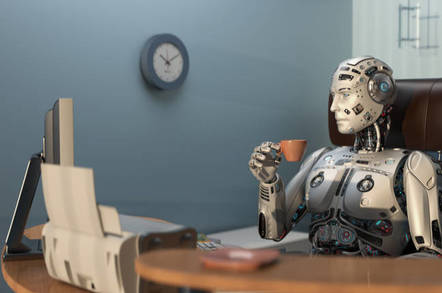 Google is adding AI features to its G Suite for business, using neural network processing for grammar-checking, spelling autocorrect driven by Google Search, and spelling suggestions tailored by words used in your organisation.

The love-it-or-hate-it Smart Compose, already implemented in Gmail, is now in beta for Google Docs. This will autocomplete words or phrases according to what it thinks you might want to type, based on low-level AI. Since the model draws its recommendations from what others have typed, there are some obvious hazards.

David Thacker, Google veep of product and design for G Suite, told The Register: "We have safeguards and rules in place so that smart compose will not suggest things that it should not be suggesting, that may be inappropriate." 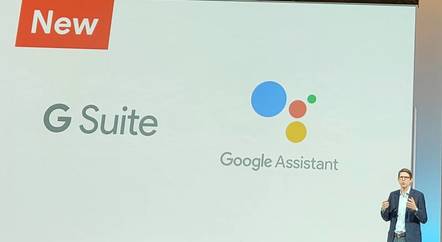 David Thacker, VP Product and Design for G Suite, presenting at Google Next in London.

He is also careful to differentiate it from the consumer version. "For smart Compose in Docs, we specifically do that for the business use case. In Gmail it was intended for the consumer use case. We will continue to get feedback from customers. It's a very complicated problem. That' why nobody's done it yet," he said.

Spelling and grammar checking is being revamped to use neural network technology which the company claims "has proven to help individuals catch even more errors in internal experiments."

Machine learning requires a large number of examples, and Google took two approaches. One involved extracting edit histories from Wikipedia, and the other is based on deliberately creating poor English sentences by round-trip translation to another language and back.

Will it work? There are hazards with any authoring suggestion system, in particular that the result may be something the writer did not intend. A characteristic of AI is that it may work fine most of the time, but occasionally make catastrophic errors. A business document is a less risky environment than autonomous vehicles, for example, but errors can still be costly.

Google is also revising its autocorrect feature. Currently Docs does not autocorrect spelling unless you specifically add a common error to a list. The company now thinks that it can improve spelling suggestions via data from Google Search, and plans to autocorrect more words without prompting. In the context of a G Suite business account, this feature will also analyse your business jargon. Autocorrect without manual intervention will only be for spelling, not for Smart Compose.

Autocorrect can be a time-saver but it can also be responsible for inadvertent errors. Thacker says Google will be monitoring results carefully and that the decision to introduce autocorrect by default could change. "We're beta-testing this, so as we learn feedback from customers we may decide to go one way or the other with it," he said.

Google is also increasing the capabilities of its Google Assistant in a business context. In beta is the ability to read your calendar and create, cancel or reschedule events. It will also send messages. And it can play an assistive role in Google Hangout meetings, accepting voice commands to enable screen reading features.

The idea of marrying AI with business data in order to offer intelligent assistance tailored to your business is an obvious one, but there are potential snags. Maybe somewhere in the company someone typed something confidential. Could that pop up as a suggestion for someone else who should not see it? "We're very careful about that. That would not happen," said Thacker. He also emphasised that business data is never used for training AI models used publicly.

Whether more AI in G Suite will be more about productivity or pain is currently an open question; but each feature can be disabled, so in the end it will be a user choice. ®