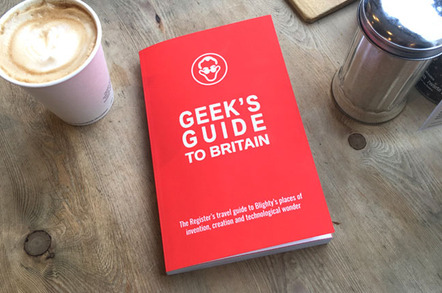 May we interest you in some reading material?

Devops pipeline outfit CircleCI has ignored Britain's looming withdrawl from the EU to set up a European beachhead in London, headed up by a freshly poached Facebook exec.

The move comes after a busy summer for CircleCI that saw the San Francisco-based dev tools slinger slurp $56m in Series D funding and finally add Windows support for the less Linux-obsessed among its customers.

CircleCI has tapped former Facebook EMEA sales veteran Nick Mills to head up the new London operation as general manager. It's an interesting location to choose, considering the current uncertainty surrounding the UK's impending exit (or not) from the European Union.

CEO Jim Rose told The Register that Brexit was certainly something the team had been keeping an eye on, but since the UK represented one of company's biggest markets, "we were going to have to have a presence in London, regardless."

Indeed, "EMEA currently does anywhere between 15 to 25 per cent of the business on a quarter by quarter basis" according to Rose and so the lure was too great to resist. Further offices within the EMEA region will depend on demand and, of course, "wherever Brexit lands," Rose told us before drily adding: "I'm sure we will figure it out as we go."

Fans of the UK's Northern Powerhouse will be disappointed to note that CircleCI didn't bother looking at other regions in the UK. Its customers have London offices, so London is where the team will set up shop, with anywhere between 25 and 45 employees to "run the gamut all the way from developer community and developer relations all the way up to enterprise sales," according to Rose.

To cloud or not to cloud

CircleCI's DevOps wares were originally limited to being a cloud-only SaaS when the company launched in 2011, with a self-hosted version not available until 2015's Server product arrived.

At the time, Rose reckoned the self-hosted option would eventually account for "well over half of our business" as large companies with specific needs opted to keep things on-premises. "We actually planned for that as the operating model that we would have expected."

However "that trend is definitely reversed" and Rose estimated the cloud accounted for over 75 per cent of what CircleCI does. The recently trumpeted Windows functionality, however, remained a "small, but growing" component in the toolchain with the vast majority of activity remaining focused on Linux.

Rose also stepped carefully around the landmines laid by GitLab and its desire to be a one-stop-shop for DevOps, at the expense of individual tools such as Jira, Jenkins and, presumably, CircleCI. While noting the argument that the lower cost of integration outweighed the fact that "you don't have the best tool", Rose insisted that "our position is that going best of breed makes a big, big difference" as the complexity of CI/CD pipelines continues to increase. Of course he would. ®