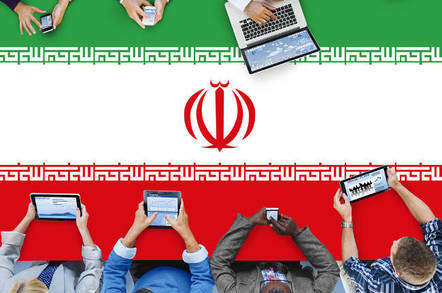 Iran has been offline for three days after the government responded to widespread protests by killing the internet.

Anti-government protests started on Friday when the authorities announced a sudden 50 per cent increase in fuel prices. The protests quickly spread to over 100 cities and towns, reflecting deeper hostility to the authoritarian establishment. That establishment responded by cutting off the internet to 80 million people on Saturday night.

As a result it has been increasingly difficult to follow what is going on inside the country or how many people have been injured or killed. The government has acknowledged three deaths, but there have been at least eight reported and more are expected.

Even with the price increase Iran's 13 cents a liter gas prices remain among the cheapest in the world, but the decision to raise the price was just one more sign of Iran's faltering economy, in part due to continued sanctions on the country.

Iran's response was depressingly predictable – its National Security Council instructed all ISPs to cut off internet access out of "national security interests".

Despite the ban, however, citizens have quickly discovered that Iran runs two internets: a public internet and a separate network that the government and universities are tapped into and which is still operational.

Highlighting both confusion and general distrust of the government, the country's IT minister Mohammad-Javad Azari Jahromi felt obliged to deny that the government was building a nationwide "internal internet" along the same lines as China's network in order to track citizens and prevent them from accessing the broader global internet.

Despite the draconian effort to stop the spread of information and protests by killing the internet, reports, pictures and videos continue to make their way out of the country, often through mobile phones that Iranians have installed foreign SIM cards into.

One of those videos showed demonstrators chanting "death to the dictator" – a reference to Iranian Supreme Leader Ayatollah Ali Khamenei. That will worry the authorities, which have managed to retain power by allowing a degree of democracy and elected officials, while ensuring that Ayatollah Ali Khamenei is kept out of the fray and remains the ultimate arbiter.

With respect to the fuel price rise, Ali Khamenei has stuck with this approach, backing the decision of President Hassan Rouhani and his team to raise prices while noting that he isn't an "expert" on such matters.

He also spoke against the protesters calling them "thugs" and falling back on Iran's explanation for all internal disruption: that foreign elements were behind it.

Meanwhile, a government spokesman, relying on the fact it is impossible to gain an accurate view of what is happening on the ground insisted that things were "80 per cent calmer" on Monday than Sunday. "Only some minor problems remain, and by tomorrow and the day after, there will remain no riots," he told the international media.

In a worrying sign of what may really be going on, however, the Islamic Revolutionary Guard Corps said in an official statement on Monday that it was planning to take "decisive action" against any further protests, raising the possibility of dozens of deaths as has happened repeatedly in recent years. ®