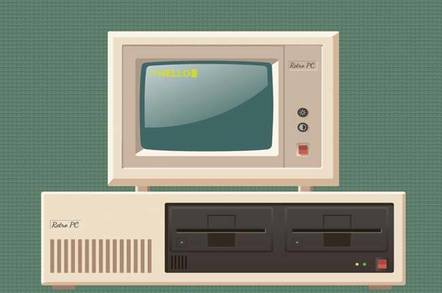 Intel is removing drivers and BIOS for its old desktop boards so anyone running an old Pentium-based PC has four days to get hold of anything they might need.

Opinion on message boards is mixed, with some accepting that a 20-year support cycle is not terrible. But others pointed out that some industries like manufacturing will still be relying on old hardware to run parts of their infrastructure.

Posters on Vogon, a forum dedicated to ancient hardware and emulators that allow you to run old games on newer machines, questioned the move and how much space and storage Intel would really save by the housekeeping measure.

Various people are setting up their own mirrors and using archive.org, but the maker community noted that file names are not always obvious and downloading from mirror sites can be risky.

For anyone still requiring software support for aged Intel gear, or just playing Quake on a Pentium II, the Vogon thread is here.

This Reddit thread also has some relevant scrapings from the Wayback Machine.

Mechanics wanting to service one of the hundred or so remaining McLaren F1 supercars face a similar problem. They were reliant on ancient Compaq LTE 5280 laptops in order to service the cars. The cars, worth north of £10m, were surviving well but getting hold of remaining laptops was getting more difficult.

Reports suggest that an emulator has now been written to allow slightly newer laptops to work.