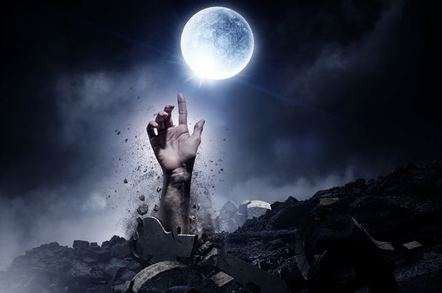 The ill-conceived and costly error of doubling down on the crypto-market is almost a distant memory for Nvidia as the GPU maker reported results that indicate an upward turn in fortunes.

Nvidia turned over $3.014bn in sales for the three months ended 27 October, down 5 per cent year-on-year but up 17 per cent on the prior quarter and some 4 per cent higher than the general consensus from Wall Street types.

The gaming division, the company's biggest sector, was down 6 per cent on the year-ago period but up 26 per cent sequentially to $1.66bn. "Results exceeded our expectations driven by strength in both desktop and notebook gaming," said CFO Collete Kress on a conference call with financial analysts.

The never-knowingly-underpriced GeForce RTX GPU lineup, which provides hardware-based ray tracing (real-time lighting effects) in games, launched a little more than a year ago and is now supported by major publishers of franchises including Minecraft, Call of Duty and Tomb Raider to name a few.

The desktop GPU lineup has been refreshed as the GTX 1660 Super and the 1650 Super were brought to the fore over the Pascal-based 1060 – Nvidia's best-selling gaming GPU. The new units started shipping at the end of October.

Nvidia's data centre arm brought in $726m revenue during the quarter, down 8 per cent year-on-year but up 11 per cent sequentially.

The CFO said business with the biggest cloud providers, the hyperscalers, was actually up on an annual and quarter-on-quarter comparison "driven by conversational AI", which, as Reg readers know, is the ability for computers to infuriate humans by engaging "in human-like dialogue, capturing context and providing intelligent responses". Or not as the case may be.

These neural networks are devouring GPU power as they have "10 to 20 times, in some cases 100 times, more parameters than image-based models". Training them requires beefy computing because "real-time conversational AI" needs "low latency and multiple neural networks running in quick succession".

For the first time, in Q3 Nvidia shipped more T4 GPUs than V100s as both AWS and Google Cloud Platform confirmed availability of the thing in their public clouds.

Pro visualisation unit revenues were up 6 per cent to $324m – up 11 per quarter-on-quarter. Workstations were the underlying force here as the RTX and Max-Q lines led to thinner and lighter mobile hardware.

Last and the tiniest part of Nvidia, automotive was down 6 per cent year-on-year and down 22 per cent sequentially to $162m, due in part to a one-time non-recurring development services contract recognised last quarter and a "roll-off of legacy infotainment revenue and general industry weakness". The AI cockpit business was fuelled by Daimler deploying AI-based systems across its fleet of Mercedes-Benz vehicles.

All of this is a world away from Nvidia's Q4 of the prior financial year, or its Q1 numbers, when the company bemoaned weakness in gaming, not helped by a glut of crypto-inventory of GPUs and lower-than-expected component purchases by hyperscalers and smaller cloud builders.

Continuing the same dynamics as was seen in the top line, profit was down 27 per cent on a year ago to $899m, but was up a whopping 63 per cent on last quarter's income.