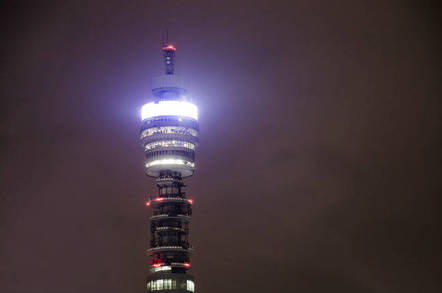 Labour will today pledge to give the good folk of Britain free broadband by 2030 by part-nationalising BT - if the political party gets elected.

Under the move, Labour has said it will integrate the broadband-relevant parts of the London-listed company into a new public entity, British Broadband.

That includes its broadband division Openreach, parts of BT Technology, which oversees the backhaul network, BT Enterprise, which retails broadband to business, and BT Consumer, which flogs broadband to individuals.

It said there will be a one-off capital cost to roll out the full-fibre network of £15.3bn in addition to the government's existing and not-yet-spent £5bn commitment, which will be paid for from Labour's Green Transformation Fund.

The party's plans are for the fund to tax multinational corporations such as Amazon, Facebook and Google, and save the average person £30.30 a month.

Meanwhile, the cost of bringing parts of BT into public ownership will be set by Parliament and paid for by swapping bonds for shares.

BT was privatised in 1984, with half its shares sold to investors, the remaining government stake was flogged off in 1993.

Unsurprisingly, the former state monopoly was unconvinced about the swing back into public-ownership. A BT spokesman said: "It should be a top political priority to super-charge the roll-out of full fibre broadband and 5G right across the UK so we can build the digital economy of the future.

"Whatever the result of the election, we'd encourage the next Government to work with all parts of the industry to achieve that. It's a national mission that's bigger than any one company."

However, Matthew Howett, analyst and founder of Assembly, also said such a move would be extremely difficult to deliver.

"This is a spectacularly bad take by the Labour Party. The almost cut throat competition between broadband rivals has meant faster speeds, improved coverage and lower prices for consumers up and down the country.

"The current government, and independent regulator Ofcom, have spent the last three years incentivising alternative operators to BT to deploy faster fibre technologies. Companies such as Virgin, CityFibre and others have committed billions to rival Openreach. Those plans risk being shelved overnight.

"Only one other country in the world has come close to going down this route, and for a good reason – it’s hard, expensive and fraught with difficulty. Australia’s NBN is years late, massively over budget and offering speeds and technology a fraction of the original political intention."

Labour will also announce plans today for a new Charter of Digital Rights intended to protect data and online rights.

That will include powers for individuals and collectives to challenge algorithmic injustice, where online algorithms cause disproportionate harms to particular groups.

It will also prevent the use of digital infrastructure for surveillance; and hand rights to individuals to protect access to and ownership of their data.

Speaking in Lancashire, Jeremy Corbyn will say today: "A new public service delivering the fastest broadband free to everyone is at the heart of Labour's plans to transform the future of our economy and society.

“The internet has become such a central part of our lives. It opens up opportunities for work, creativity, entertainment and friendship. What was once a luxury is now an essential utility.

"That's why full-fibre broadband must be a public service, bringing communities together, with equal access, in an inclusive and connected society.

"It's time to make the very fastest full-fibre broadband free to everybody, in every home in every corner of our country. Making it free and available to all will open up opportunities for everybody, at the cutting edge of social and economic change.

"By creating British Broadband as a public service, we will lead the world in using public investment to transform our country, reduce people's monthly bills, boost our economy and improve people's quality of life." ®