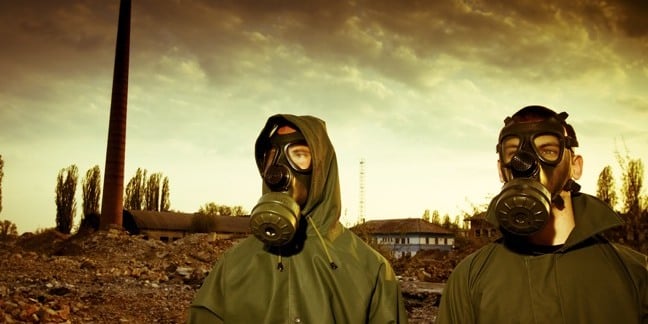 The explosion from North Korea’s sixth nuclear test in 2017 was seventeen times more powerful than the atomic bomb detonated over Hiroshima in 1945, according to a paper published in Geophysical Journal International.

A trio of scientists from the Indian Space Research Organization pored over satellite data to estimate the size of the hole left over from the North Korean bomb to calculate how much energy was released.

The eruption blasted a pit measuring 132 meters across in a Northeastern region near the Punggye-ri Nuclear Test Site, leading the team to believe that the thermonuclear bomb released 245 to 271 kilotons of TNT. For comparison, Little Boy, the one dropped over Hiroshima exploded with an energy equivalent to 15 kilotons of TNT.

The data was recorded by the ALOS-2 satellite launched by JAXA, Japan’s space agency, using a technique called Synthetic Aperture Radar Interferometry to capture images. The radar readings showed that Mount Mantap, a granite mountain near the nuclear test site, moved part of its surface by a few meters and one side of the shifted by up to a meter after the explosion.

Nuclear bombs are normally detected by seismometers. The eruptions have telltale signs that the grumblings measured below earth’s surface are artificial rather than natural earthquakes. But satellites like ALOS-2 allow researchers to study secretive nuclear tests, when they have no access to seismic data.

“Satellite based radars are very powerful tools to gauge changes in earth’s surface, and allow us to estimate the location and yield of underground nuclear tests,” said K M Sreejith, lead author of the study. “In conventional seismology by contrast, the estimations are indirect and depend on the availability of seismic monitoring stations.”

The team hopes that more satellites, including the upcoming the NASA-ISRO Synthetic Aperture Radar satellite, or NISAR for short, will help monitor more nuclear explosions events. NISAR is expected to capture large-scale changes in earth’s environment, such as the collapse of ice sheets or landslides. NASA hopes to launch the satellite in 2022. ®