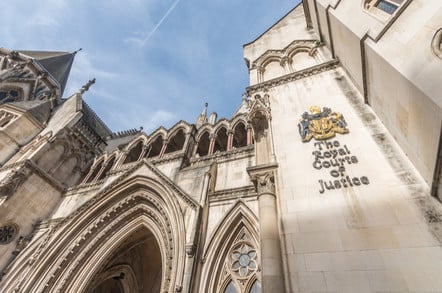 The High Court of Justice in London yesterday dismissed another attempt by an unnamed man, who refuses to identify himself to the UK courts, to take his Right To Be Forgotten legal action to the Court of Appeal.

The individual, a litigant in person who is only known to court staff and judges as ABC, had asked that a post on squaremilenews.blogspot.com be removed from Google search results because it allegedly refers to a spent criminal conviction he had picked up in the past.

ABC describes himself as an entrepreneur currently involved in business, investment and civil society ventures in the UK and overseas.

He alleges that the continued publication by Google of the materials complained about has prevented him from pursuing his ventures, causing him and his businesses to suffer substantial loss of earnings.

He has already had two attempts to take it to the Court of Appeal in London denied by a senior British judge.

"This is an extraordinary case in that (despite the claim having been issued on 22 December 2017) the identity of Mr ABC (the Claimant) remains unknown to both the Defendant and the Court," said High Court judge Mr Justice Saini.

On 4 November in the same court, ABC had his application for relief from an earlier order from Mr Justice Nicklin dismissed by Mr Justice Saini after he failed to turn up in court.

Mr Justice Saini said in today's judgment that the procedural history of this claim shows "in my judgment, that the claimant's approach to the court's orders and directions might fairly be described as abusive".

"It is obvious that basic common law fair trial requirements require a defendant to know who it is being sued by," he said.

"During the two-year period since the claim was issued, the claimant has brought numerous unsuccessful applications and an appeal in order to avoid complying with a clear order of Master Yoxall dated 4 December 2017, which simply require the claimant to identify himself and his address to the defendant.

"The material before me also shows that a number of judges have explained to the claimant that these basic requirements are necessary for the proper conduct of the claimant's claims, which include claims for libel and alleged breaches of data protection legislation.

"Regrettably, the claimant simply refuses to accept this. He has adopted an approach which means that, to date, the claim has not progressed at all. Instead, through unwise and misconceived applications, the Claimant has wasted substantial amounts of court time (involving over, I understand, 10 Judges or Masters). He has also clearly caused significant costs to be incurred by the defendant."

In conclusion, Justice Saini said: "I agree with the defendant that not only should the application be dismissed, but I will also certify it as totally without merit." ®

"Totally without merit" (TWM) basically means "bound to fail" and means the applicant is not entitled to an oral renewal hearing. The judge added that he'd given ABC seven days to make submissions, but that he had not done so. The Court of Appeal clarified in Wasif and another v Secretary of State for the Home Department in 2016 that while an applicant has no right of appeal against a TWM certification, he or she can still seek permission to appeal against the refusal.