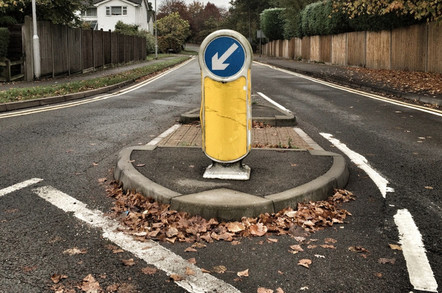 NSFW In what is certainly a crowded field, step forward the Doncaster Free Press and take a bow for the best local news headline of 2019: "Doncaster traffic bollard used by man for sex 'killed' in road smash".

Yes, it seems a tragic bollard used by a man to enjoy himself just one month ago has been damaged in a possibly entirely unrelated incident.

A reader who spotted the damage told the Free Press: "It appears that the bollard that a man had sex with has been killed."

Last month, "a shocked motorist" (is there any other kind in these stories?) spotted the man "writhing up and down", the paper reported.

"I thought this guy was just waiting to cross the road, but as I got closer, I could see he was rubbing up against the bollard, writhing up and down on it," said the driver. "He was fully dressed but he seemed oblivious to the fact that he was in the middle of a busy street.

"I don't know if he was drunk or something, but he certainly seemed to be enjoying himself! I couldn't get a proper look at the guy's face as I slowed down, he just seemed lost in his own world, humping this bollard. There was no one else around. I've no idea what it was all about."

And now the bollard lies smashed off its pedestal, with broken car debris scattered around its base, according to the report.

Thus ends a tragic story of fleeting love that cannot be, involving transport and roadside furniture.