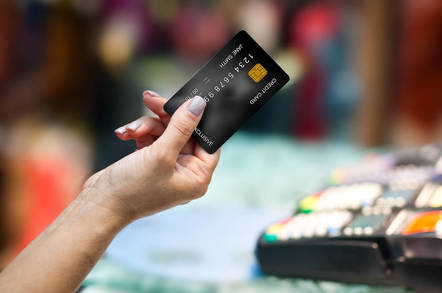 A Russian man was detained at Dulles airport in Washington DC on Monday and charged with running a stolen card trading ring that was responsible for $20m worth of fraud.

The court appearance happened shortly after the 29 year-old Burkov, originally from Saint Petersburg, was extradited to the States from Israel, where he has been held by that country's court system since 2015.

Prosecutors say that Burkov was the mastermind behind two sites dedicated to buying and selling the details of stolen payment cards. One site, known as Cardplanet, was public and it is estimated that the cards traded on the site were used by criminals to rack up fraudulent charges in excess of $20m. That site operated from 2009 through most of 2013.

While carding is hardly a market known for its customer service, it is claimed that Burkov built a reputation for himself by providing excellent support to his customers. The Cardplanet site offered a special service where buyers could verify that the cards they purchased were valid and Burkov maintained a policy of refunding the price of any cards that did not work as advertised.

Additionally, prosecutors said that Burkov operated a second, more exclusive service designed for the high rollers of the carding world.

That site, which operated as an invite-only forum, served as a secure space for criminals to trade in not only card details, but also stolen goods, pirated software, personal identifying information, money laundering operations, and hacking-for-hire services.

"To obtain membership in Burkov's cybercrime forum, prospective members needed three existing members to 'vouch' for their good reputation among cybercriminals and to provide a sum of money, normally $5,000, as insurance," the Eastern Virgina US Attorney's office said of the operation.

"These measures were designed to keep law enforcement from accessing Burkov's cybercrime forum and to ensure that members of the forum honored any deals made while conducting business on the forum."

If convicted on all counts, Burkov faces a maximum of 80 years behind bars, though he is unlikely to get more than a fraction of that in sentencing. The next hearing in the case is scheduled for Friday. ®