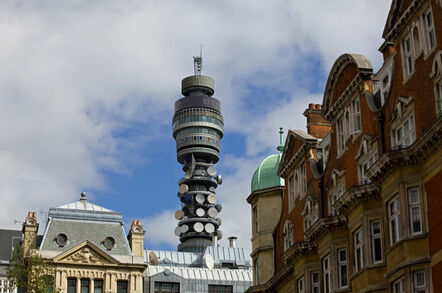 BT Security managed to commit the most basic blunder of all after emailing around 150 infosec professionals who attended a jobs fair – using the "cc" field instead of "bcc".

The email, shown to The Register by a non-trivial number of aggrieved recipients, thanked them for attending the Westminster Cyber Expo and popping by the BT Security stand.

"As the importance of security and the scale of the threat grows, we'll be increasing the size of our security team by 25 per cent over the next five years and need people like you to join our team around the UK," boasted the email, which also exhorted its readers to follow BT Security on LinkedIn.

Instead of following basic data protection advice, however, BT Security cc'd it to all ~150 recipients – allowing them to read each other's email addresses and identities.

Some of the email addresses exposed were obviously work email addresses, including from police and central government employees as well as the usual cross-section of people you'd expect to find at a cybersecurity expo.

One recipient even reply-all'd to the original email asking to be taken off it, citing GDPR.

Reply-all email chains are no laughing matter. The NHS suffered one in 2017 that nearly KO'd the national NHSmail system, while Cisco suffered a similar storm in 2015. Most of the problem in those cases arose from unthinking people clicking "reply all", perpetuating the problem of messages bouncing around the ether. A poorly configured list server can produce the same effect.

As for the data breach here, the impact is relatively limited – though this will be cold comfort for anyone now worried that their boss might find out they're actively pursuing other means of gainful employment.

A penitent BT press officer told The Register: "We're sincerely sorry that this issue has occurred. We take the protection of data extremely seriously, and our Data Privacy team have taken immediate steps to speak with both the individual concerned and wider teams to ensure this doesn't happen again."

We sent you an email at 10:18pm on Thursday 7th of November after our chat at the Cyber Security Expo in Westminster, London. The subject was: Thank you for visiting the BT Security Stand - Westminster October 2019

Unfortunately we cc'd rather than bcc'd the email. We're really sorry about that. But we know that's not enough so…

Once again, we're so sorry this happened. It was an honest mistake – it was a simple human error. We have taken steps to make sure that it doesn't happen again.

These things, annoying and inconvenient as they are, do happen from time to time. But they rarely happen to the actual security teams of proper businesses like BT.

Last December BT Security lost its then-CEO to DXC Technologies. While the unit has periodically been hiring over the years, British Telecom itself set about getting rid of 13,000 staff in May 2018. ®