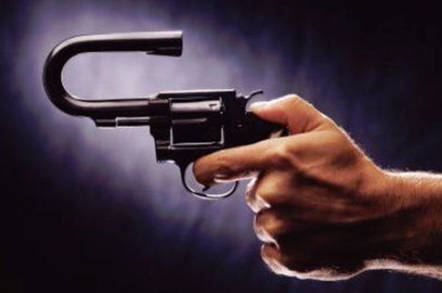 The UK Home Office insists that a new law forcing it to create a new registration system for potentially millions of deactivated firearms and their owners will need neither a new database nor more public spending.

Passed quietly into law last week by Parliament, the Firearms Regulations 2019 will make it a criminal offence to transfer a deactivated firearm to another person unless both giver and receiver register the transaction with the Home Office. It comes into force from 12 December – which also happens to be election day.

The law was transposed from EU directive 2017/853, which, among many other things, makes it mandatory to register deactivated firearms with a state agency.

It is a firearm that has been appropriately chopped up and welded internally, in accordance with the law and stamped accordingly, so you do not need a gun licence to have one. They are fairly common among collectors, military re-enactors, museums and the like.

Deactivated firearms, having been welded solid and rendered utterly incapable of ever firing another shot, were not subject to gun licensing laws. Until, that is, the EU got involved as part of a drive to toughen up weak Eastern European deactivation standards, which called for far less cutting and welding to be done than the British equivalent.

Police agencies had claimed that criminal gangs were buying shonky Eastern European deactivated firearms, reactivating them with relative ease and then using them to commit crimes.

It ain't going to work, is it?

One key problem with this scheme is that because deactivated firearms aren't licensable, nobody really knows how many are out there – with the possible exception of the London and Birmingham Proof Houses, who inspect and stamp every deactivated firearm in the UK before it can be deleted from police gun databases.

But that doesn't take account of deactivated firearms which have been destroyed, sold outside the UK or rendered down to spare parts and scrapped. Or ones imported from the Continent.

A total of 591,000 people held firearm and/or shotgun certificates in March 2019, with Home Office statistics estimating that that number grows around one per cent year-on-year. NFLMS also covered 1.97 million legally owned firearms and shotguns at the same point.

While it would be possible to extend NFLMS, The Register is aware that the elderly database, which had a troubled genesis, is beginning to get past its useful lifespan.

A Home Office PR rep told The Register: "In line with the European Firearms Directive, we are ensuring the Home Office is notified of the possession and the transfer of deactivated firearms by their owners."

This, we are told, will take place through the publication of an email address and also a postal address. When we asked the Home Office what kind of database system would be connected to that email address, we did not receive an answer. However, the Home Office did say that it was not expecting any significant cost to arise from compliance with these new regulations.

So far the only official information on what is required in the email or postal notifications comes from the Firearms Regulations 2019. Failure to comply with the EU-derived regulations comes with a criminal record and a fine of up to £200.

The British Association for Shooting and Conservation (BASC), which represents a large portion of the UK's shooting community, told us: "The government have tried to hold off implementing the firearms directive requirements; however Brexit delays have forced them to put legislation in place. We are still obligated as we are at this current time still part of the EU."

BASC's Matthew Perring added: "There is no requirement of 'registration' for deactivated firearms, only 'notification'. There are differing types of regime in the EU firearms directive that could have been applied and we successfully managed to fend off a full certification regime during negotiations back in 2016/17."

Similarly, the Deactivated Weapons Association told us: "It is very much lip service to the requirements of the EU Directive and how far the UK will take things in terms of a back-end system to 'manage' the notification data remains to be seen."

Transfers of 14 days or more need to be registered with the Home Office, which assured us it will publish the relevant postal and email addresses nearer the go-live date. ®