Enjoy a tipple or five? You might need this AI system to tell you when it's time for a new liver

Email scans try to spot brain damage before it kills you 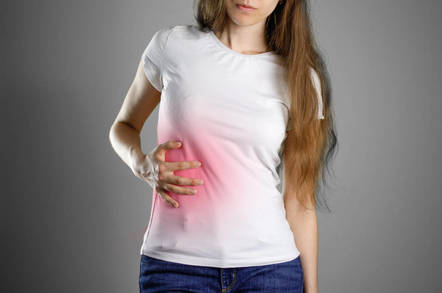 Machine-learning algorithms might be able to work out if your brain is turning to mush from end-stage liver disease just by reading your emails, according to preliminary experiments.

ESLD, also known as chronic liver failure, slowly progresses over months and years. It’s often caused by cirrhosis, where scar tissue in damaged livers overtakes healthy cells until the organ can no longer function effectively. As a result, the toxins in the bloodstream normally removed by the liver build up over time, and can cross the brain-blood barrier, causing brain damage.

Patients find it hard to concentrate, have memory issues, and are slower to react and respond to their environment. Now, a group of researchers from John Hopkins University (JHU) and the Kennedy Krieger Institute, a medical care non-profit, in Baltimore, Maryland, believe that the cognitive impairments in those affected by ESLD can be detected by analyzing the way they communicate.

A paper published this month in npj Digital Medicine describes their experiment, where they compared the emails of 81 patients diagnosed with ESLD, who have undergone liver transplants, against messages sent by another control group of 81 ELSD sufferers, who have yet to get new livers.

All test subjects had communicated with a medical caregiver via emails that were scraped from their personal electronic medical records. The researchers used a variety of natural language processing (NLP) algorithms to analyze the messages, looking for properties like sentence and word length, types of words used, and the ratio of nouns and verbs in the messages.

Each patient in the study was scored using the Model for End-Stage Liver Disease (MELD) system that describes the severity of ESLD. A lower number marks a milder case of the disease, whereas the maximum score of 40 means the patient is in desperate need of a liver transplant.

“For patients with the highest MELD scores, we found that their messages had fewer letters per word, fewer words of six letters or more, and more words per sentence before their transplants,” said Masoud Rouhizadeh, co-author of the study and a computational linguist at JHU. “It was like they were searching for words to make themselves understood.”

The emails of the 81 people with the highest MELD scores were studied again after they received liver transplants. Since their neurological conditions had improved, their writing also got better too. They were more articulate, and able to use longer words and more concise sentences.

Here’s an example of a message written by a patient before and after a liver transplant.

Before: “I was asked by my wife to request that when you send the fax to my disability insurance company that if you could include the following [list of information to include]. Once I go back to work full time and be off work again I will have to wait an extended period of time before and if I will receive any benefits.”

After: “I have scheduled a small vacation and will be out of town for 3 days. My wife wants to make sure this will be OK.”

After the researchers compared the post-transplant emails with those written by patients in the control group who had lower MELD scores and haven’t had liver transplants, they found similar patterns since both groups have a lower risk of brain damage.

The results are only a proof-of-concept at the moment, however. The researchers have yet to apply their NLP algorithms in clinical tests to check whether a patient with ESLD needs a liver transplant or not. The amount of data for the pre- and post-liver transplant groups is also pretty skewed; the latter group sent more emails on average compared to the control group.

“If findings from our study can be replicated in larger populations, both with ESLD, as well as other disorders associated with cognitive deficits, it may represent a tremendous opportunity to identify screen for these disorders as well as monitor their disease as it progresses,” the paper said.

The liver is the second most transplanted organ, over 8,000 American US ESLD sufferers had the surgery in 2017 and another 14,000 were on the waiting list. It is estimated that about 20 per cent of patients can go on to develop hepatic encephalopathy, the most severe form of brain damage from cirrhosis, where 43 per cent of patients die after the first year.

“We currently do not have a reliable method for identifying cognitive abnormalities in patients who need a liver transplant,” said Douglas Mogul, co-author of the study and an assistant professor at JHU.

“Our findings suggest that NLP may provide that early diagnosis of cognitive issues, guide us in managing the problem, and help improve a patient’s quality of life until a donor organ is available.” ®

Coffee fixes the damage booze did to your liver, study finds

Time to switch your poisons, swingbellies!

Cupertino chief even offered to SLICE UP his organ

SWINGBELLIES! Take heed! Drinking WINE is good for your LIVER

Splendid news for the rotund red-fancier

Get drinking! Abstinence just as bad for you as getting bladdered

British civil servants go bonkers with no booze, or too much

Mixing your drinks can be good for you, then?