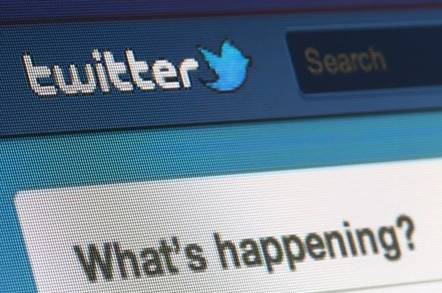 Two now-ex Twitter employees have been charged with spying on behalf of Saudi Arabia – after they allegedly leaked internal records for accounts linked to critics of the Saudi royal family, including the assassinated journalist Jamal Khashoggi, while working for the social network.

A criminal complaint [PDF] filed in a US district court in California on Wednesday accuses Ali Alzabarah and Ahmad Abouammo of snooping for the Saudi government. Both men worked at Twitter’s headquarters in San Francisco from 2013 until 2015.

Alzabarah, in particular, leaked as many as 6,000 Twitter profile records to Saudi officials, it is claimed.

A third man, Ahmed Almutaiari, was also indicted, accused of acting as an intermediary between the Twitter workers and the Saudi royal family.

The trio were charged with acting as unregistered foreign agents on American soil, and Abouammo was additionally charged with falsifying evidence in a federal investigation. Alzabarah is a Saudi citizen, who came to the US in 2005 on a scholarship to study computer science and remained in the country. Almutaiari is also a Saudi citizen, and traveled to the San Francisco Bay Area in 2014 on a student visa. Abouammo is an American citizen.

According to the Feds, it all kicked off in April 2014 when Abouammo, a media partnership manager at Twitter, was assigned the task of giving a Saudi news journalist a verified blue-tick on their profile. Through this effort, Abouammo wound up getting friendly with the personality's PR firm, the Saudi Arabian embassy, and eventually Almutaiari, who claimed to represent the Saudi royal family, it is alleged.

Meanwhile, an unnamed Saudi foreign official was scheming to cultivate contact details of Twitter employees to coerce into handing over people's personal information. This official, whose charity was connected to Almutaiari, managed to eventually get hold of Abouammo via email and calls, we're told.

In December 2014, Abouammo was in London, England, for a Twitter conference where he also met the official and received what was likely a $20,000 watch as a gift, prosecutors claim. The next month, back in California, Abouammo tried to sell the timepiece on Craigslist, the Feds noted.

Crucially, by mid-December 2014, Abouammo was already using his partnership manager position to illicitly access the internal records of Twitter accounts and leak them to the foreign official, it is alleged. These records contained users' personal information, such as email addresses and phone numbers. At least one of these leaked accounts belonged to a prominent critic of the Saudi ruling family, it is claimed.

Abouammo was, essentially, allegedly bribed by the official to extract email addresses and phone numbers from selected accounts and hand them over, up until the tech worker quit Twitter in May 2015. He subsequently moved to Seattle to join Amazon, and later quit the cloud giant to co-found a marketing startup in the area, we're told.

Prosecutors noted that Abouammo was hired by Twitter to cover the Middle East and North Africa. He was told to manage the accounts of important people, from journalists to celebrities, and brands in the regions. The Feds also said a cash payment of $100,000 was wired to a bank account in Lebanon from which Abouammo would transfer funds to an account in the US.

When the FBI approached him at his home in Seattle, and questioned the transactions, Abouammo said he had earned it from a consulting contract. He produced an invoice for his supposed consulting work, which the FBI believed to be fake. He was subsequently cuffed by agents on Tuesday this week, and charged.

In February of 2015, the court documents state, Almutaiari spoke to Alzabarah – at the time a site reliability engineer at Twitter – via phone, they agreed to meet, and Alzabarah was dramatically whisked off to Washington DC to meet the shadowy foreign official – who by this point was the director of the private office of a member of the Saudi royal family.

Within a week of returning to the Bay Area from that mysterious visit, Alzabarah illicitly siphoned off the internal records of more than 6,000 Twitter accounts, 33 of which were previously flagged by Saudi Arabian law enforcement, and leaked them to the private office director, it is claimed.

One of the accounts, we're told, belonged to Omar Abdulaziz, a political activist who was friends with Jamal Khashoggi, a columnist for the Washington Post and outspoken critic of the Saudi royals, who was murdered by Saudi agents last year. It's understood Khashoggi, a permanent US resident, was assassinated under the orders of Saudi Crown Prince Mohammed bin Salman.

Alzabarah quit Twitter in December 2015, returned to Saudi Arabia, and worked for the royal family. He currently holds a B1/B2 US visa, but has not been back to America since.

“We would like to thank the FBI and the US Department of Justice for their support with this investigation,” a Twitter spokesperson told The Register. “We recognize the lengths bad actors will go to try and undermine our service. Our company limits access to sensitive account information to a limited group of trained and vetted employees."

"We understand the incredible risks faced by many who use Twitter to share their perspectives with the world and to hold those in power accountable. We have tools in place to protect their privacy and their ability to do their vital work. We’re committed to protecting those who use our service to advocate for equality, individual freedoms, and human rights.” ®